“I don’t want them,” he reportedly said. “It doesn’t look good for me.” 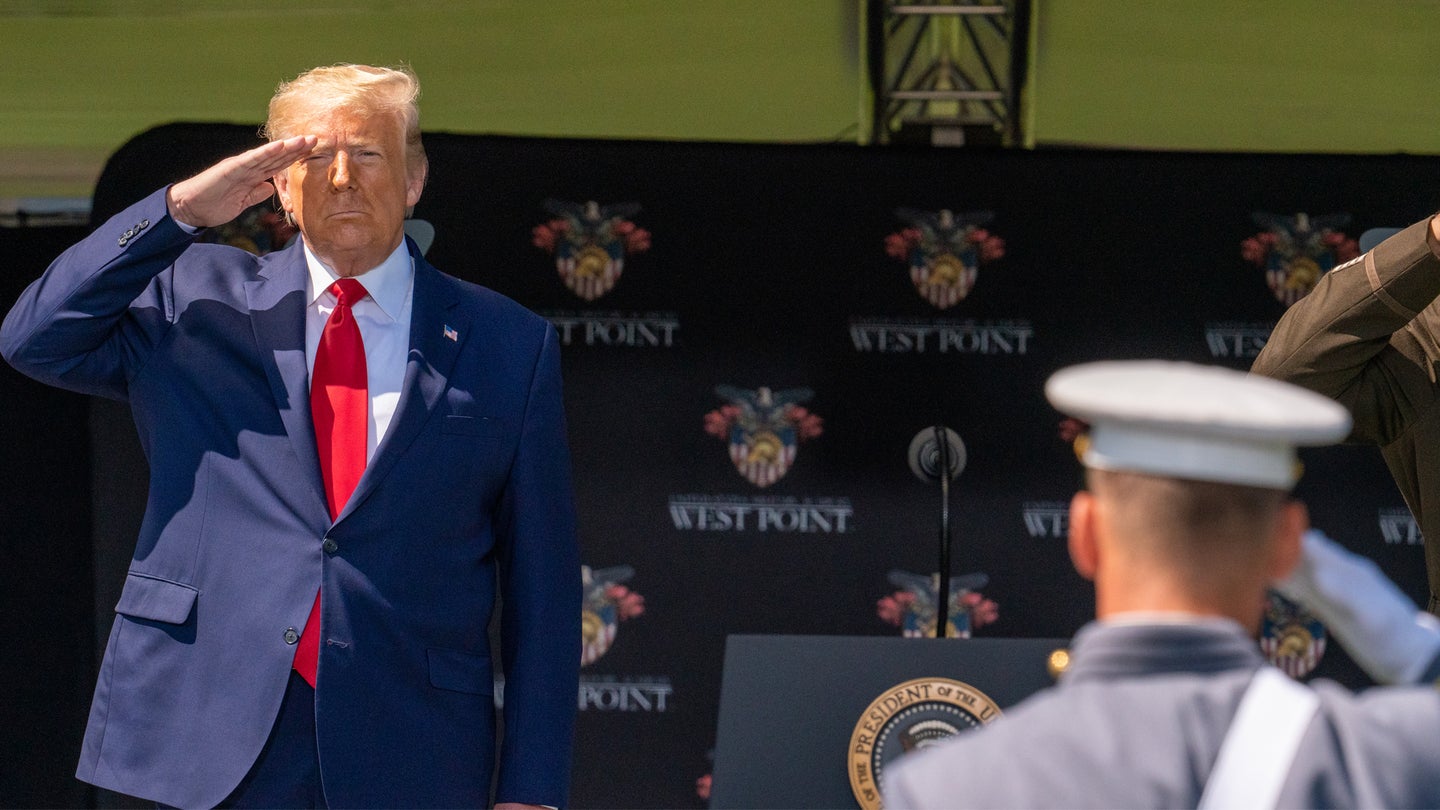 After viewing a Bastille Day celebration military parade in France in 2017, former President Donald Trump said he wanted something similar for the Fourth of July. But there was one thing the French had that he wanted to be kept out of his parade: Wounded veterans.

“Look, I don’t want any wounded guys in the parade,” Trump said, according to a recent article that ran in the New Yorker. “This doesn’t look good for me.”

“Those are our heroes,” reportedly countered John Kelly, Trump’s chief of staff and a retired Marine Corps general. “In our society, there’s only one group of people who are more heroic than they are—and they are buried over in Arlington.”

“I don’t want them,” Trump reportedly said again. “It doesn’t look good for me.”

The account is one of several moments regarding Trump’s thoughts on the military included in a new book by the New York Times’ Peter Baker and the New Yorker’s Susan Glasser, outlined in the New Yorker article published on Monday. It’s reminiscent of reporting from The Atlantic in 2020, which said Trump referred to America’s war dead as “losers” and “suckers” for getting killed. Trump later denied ever making the comments.

In the same article, The Atlantic reported that Trump said in 2018 he didn’t want any wounded warriors in a military parade: “Nobody wants to see that,” he reportedly said.

In the newest account published Monday, Trump took issue with France’s Bastille Day parade having “several formations of injured veterans, including wheelchair-bound soldiers who had lost limbs in battle.” The New Yorker reports that defense officials around Trump pushed back against the idea of holding a parade at all, with then-Defense Secretary James Mattis quoted as saying he would “rather swallow acid.”

When asked by Trump what he thought about the idea of a parade, Air Force Gen. Paul Selva, vice-chairman of the Joint Chiefs of Staff, reportedly tried to wave Trump off.

“I didn’t grow up in the United States, I actually grew up in Portugal,” Selva said, according to the New Yorker. “Portugal was a dictatorship—and parades were about showing the people who had the guns. And in this country, we don’t do that … It’s not who we are.”

“No,” Selva reportedly responded. “It’s what dictators do.”

Nevertheless, the next year Trump claimed military leaders were “thrilled” to be involved in the “Salute to America” celebration, which included static displays of Bradley Fighting Vehicles, M1 Abrams tanks, and Navy and Air Force flyovers. All in all, the parade was estimated to cost $5.4 million.

The break between Trump and defense officials was a frequent feature of his time in office, leading to Mattis’ resignation at the end of 2018, the firing of Defense Secretary Mark Esper, and criticisms of Army Gen. Mark Milley, the chairman of the joint chiefs of staff. That friction is further outlined in the New Yorker article, which detailed months of distrust and disagreements between the president and his senior military advisers. In one moment, Trump complained to Kelly about you “fucking generals,” and asked, “Why can’t you be like the German generals?”

“Which generals?” Kelly asked, according to the New Yorker.

“You do know that they tried to kill Hitler three times and almost pulled it off?” Kelly responded.

“No, no, no, they were totally loyal to him,” Trump reportedly said. There were dozens of assassination attempts against Hitler reported by historians, including one in July 1944 when a German colonel put a bomb in a briefcase and sat it near Hitler. The bomb detonated, but Hitler ultimately survived.

In their article, Glasser and Baker report that the real issue between Trump and the generals was “a matter of values, of how they viewed the United States itself,” which was made clear in Trump’s admonishment of wounded veterans. That gap between them only seemed to grow over his time in office, which was further confirmed by Trump in a statement to the New Yorker.

“These were very untalented people,” Trump said, “and once I realized it, I did not rely on them, I relied on the real generals and admirals within the system.”