"The passenger side on her car was completely caved in. It was a hard hit." 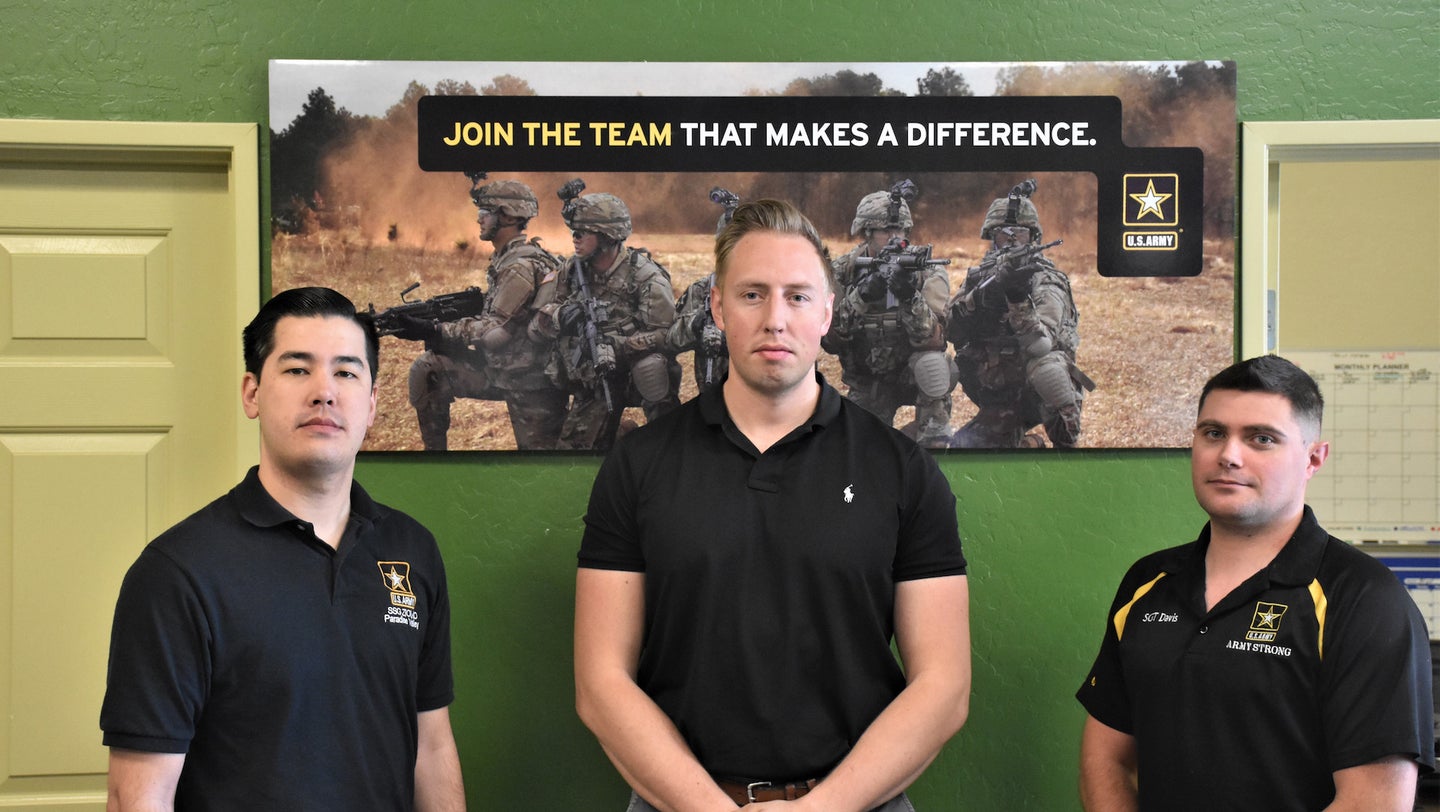 A group of Army recruiters with the Paradise Valley Recruiting Station in Phoenix, Ariz., responded immediately to a car crash that happened outside their office, helping pull a woman from her car and administering first aid to her head injury.

Staff Sgt. Andrei Priimak said in an Army press release that he was in his recruiting office when he heard a loud boom. When he looked out the window, he “saw smoke rising and a huge cloud of dust.”

“I realized it was a car wreck,” he explained in the release. “So I stood up and saw the two cars immobilized. I ran out of the office and told the others to come with me.”

When he got outside, Priimak said he saw one of the drivers from the accident stumbling away from her car, but she “didn’t appear to be injured.”

When he went to check on the other driver, he saw that she had “blood pouring from a wound on her head.”

Staff Sgt. Nathan Kimberly, another recruiter who responded with Priimak, said the door to the woman’s car was “mangled” and they had to “pry it open.”

“The victim started screaming when Priimak tried to get her out,” Kimberly said. “I think we thought she was hurt a lot worse, but we all carried her to the sidewalk.”

Sgt. 1st Class Kyle Davis, the recruiting station commander, said in the release that they began treating her, realizing that she didn’t have any further injuries. They put combat gauze on her head wound, which was “bleeding a lot.”

“It was a fairly bad scene,” Davis explained in the release. “It turned out the young girl was epileptic and may have suffered a seizure, causing her to jump the median and collide with the other car at around 45 miles per hour. The passenger side on her car was completely caved in. It was a hard hit. If anyone had been sitting on that side, they wouldn’t have made it.”

Kimberly called his team’s response a “natural reaction,” admitting that if he hadn’t had first-aid training from the Army he “wouldn’t have been able to assist the way I did.”

Davis also credited the training they’d received in the Army, saying he “couldn’t be prouder” of the way the recruiters responded.

“I’m so proud of my guys,” he said. “I love everything about what they did.”