I don’t know anything about Michigan politics, or really care for that matter, but I spotted a new 30-second spot... 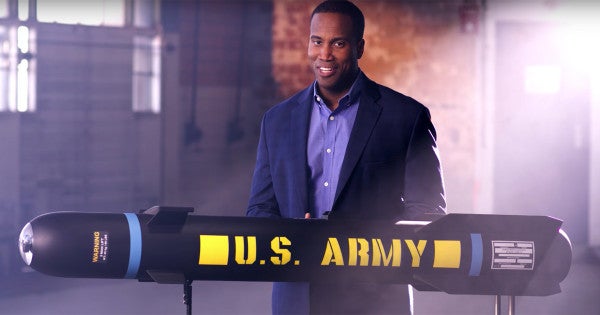 I don’t know anything about Michigan politics, or really care for that matter, but I spotted a new 30-second spot from John James, a former West Pointer and now businessman running for the U.S. Senate, and I’d like to talk about it.

On the surface, I imagine it’s pretty effective with people. Good looking guy, interesting message, and military experience. Ooh thank you for your service!

But I started laughing within the first 10 seconds after James’ opening line:

“Hunting terrorists in the skies above Baghdad, there are two things you need: Faith in God,” James says, then cracking a smile. “And a Hellfire missile.” This all of course as the ad features gun camera footage from Iraq.

He then transitions — amazingly — from the incredible intro of hey guys I totally waxed evildoers, to an I’ll fight for you message. I don’t really feel like it worked, but it kind of worked. It reminded me of Jim Webb, during a debate, casually mentioning how he took out an enemy soldier in Vietnam like a boss.