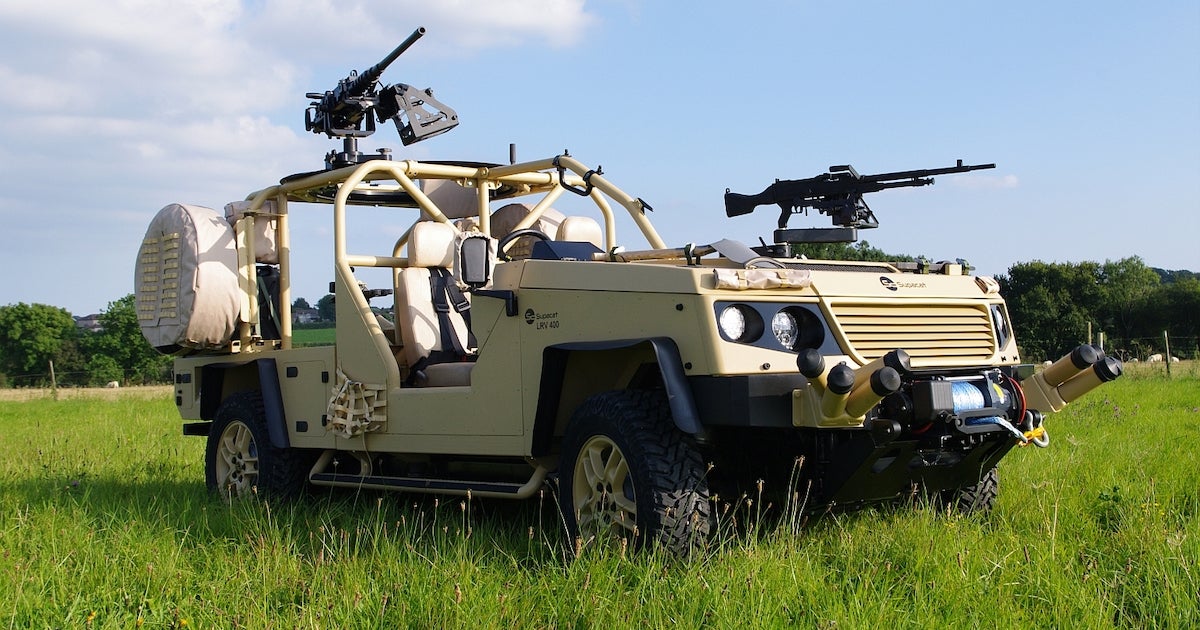 The Army is searching for defense contractors to furnish the service with an off-the-shelf squad reconnaissance vehicle to complement its growing fleet of next-generation ground combat vehicles.

The service on Wednesday published a market survey in search of a fully electric or hybrid-electric tactical vehicle to “inform” the acquisition strategy of its electric Light Reconnaissance Vehicle (eLRV) program.

The eLRV will provide “enhanced mobility, lethality, protection, mission load capacity, and onboard power” for six soldiers to conduct both mounted and dismounted reconnaissance and surveillance missions for Infantry Brigade Combat Teams, according to the market survey.

The ideal vehicle will be transportable via CH-47 or C-130, have a range of more than 300 miles, and come with a medium-caliber weapon system to provide “precision ‘stand-off’ lethality” against both small arms and other light armored vehicles, according to a 2019 Congressional Research Service report.

As Breaking Defense notes, the movement in the long-delayed eLRV program also comes amid a service-wide push to convert gas-powered ground vehicles to electric platforms for both tactical and logistical reasons.

Electric vehicles “accelerate quicker, run cooler, and move quieter than internal combustion ones – advantages that are all especially valuable for stealthy scouts like LRV,” as Breaking Defense put it in October.

In addition, electric power “could reduce dependence on long supply lines and vulnerable convoys of tanker trucks, which are prime targets for adversaries ranging from Taliban irregulars to Russian missiles.”

The eLRV will also “operate in conjunction” with the service’s next-generation Mobile Protected Firepower (MPF) light tank and Infantry Squad Vehicle (ISV) to “enhance the lethality, mobility, reconnaissance, and security” of IBCTS, according to the market survey.

Those new formations are still a ways off: the Army only accepted its first batch of ISVs in October and won’t conduct its assessment of its two MPF prototypes until January 2021.

And that’s depending on if the Army formally sets aside any funding for the new scout vehicle in the first place. As the 2019 CRS report noted, the service did not actually request any money to fund the eLRV effort in both fiscal years 2020 and 2021

If the Army gets its funding together, the service aims to potentially choose an off-the-shelf tactical vehicle for full production as soon as fiscal year 2025.

Related: Soldiers are about to get a brand new infantry assault buggy to play with