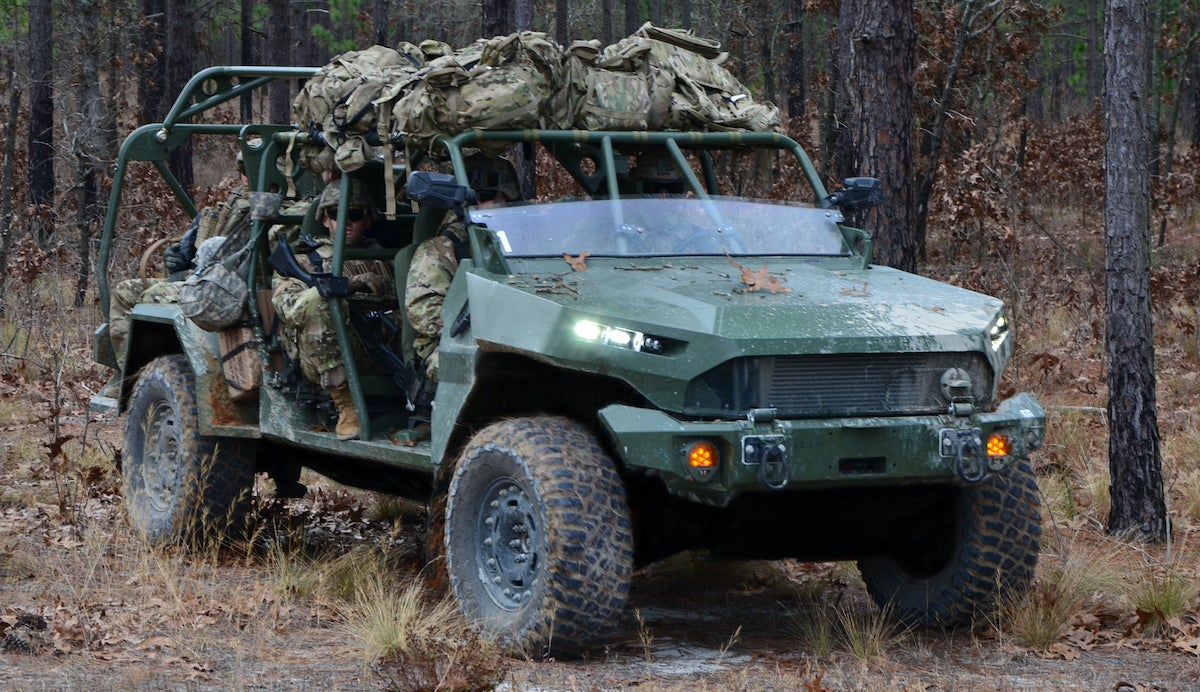 The Army has been on the hunt for a lightweight battlewagon to ferry infantry squads around the battlefield since 2018. Now, soldiers are finally getting their hands on the service’s new infantry assault vehicle of choice.

The Army has officially accepted its first batch of Infantry Squad Vehicles (ISV) — billed as “a light and agile all-terrain troop carrier” designed to carry an infantry squad of nine fully-equipped soldiers — from defense contractor GM Defense, the company announced on Tuesday.

Light enough to be sling-loaded from a UH-60 Blackhawk helicopter and compact enough to fit inside a CH-47 Chinook helicopter, the 5,000-pound ISV is based on the Chevrolet Colorado ZR2 midsize truck and fabricated from 90 percent “proven commercial-off-the-shelf parts,” according to the company.

GM Defense, a subsidiary of the legendary General Motors, was awarded a $214.3 million contract in June to manufacture 649 ISVs for the service and, in time, support the production of up to 2,065 vehicles over eight years with additional authorization.

The Army had previously selected GM Defense, an Oshkosh Defense-Flyer Defense team, and a SAIC-Polaris team to develop two prototypes for the ISV program with $1 million contract awards apiece in the summer of 2018, National Defense magazine reports, with GM Defense ultimately besting the competition with its June contract award.

Related: The Army’s new infantry assault buggy will be based on the Chevy Colorado

“One hundred and twenty days from contract award to delivery is a significant milestone, and I am very proud of the team for this accomplishment,” said GM Defense president David Albritton in a statement.

“We’re leveraging General Motors’ engineering prowess and immense manufacturing capabilities to bring transformative solutions to the military vehicle market,” he added. “Our initial success with the ISV shows our commitment to our customer and highlights our unique right to win in the military mobility market.”

It’s unclear which soldiers will be the first to get their hands on the Army’s brand new battlewagon, but one thing is certain: if it took soldiers just four days to total a brand new Joint Light Tactical Vehicle, then the ISV is in for a beating of a lifetime.

Related: The Army’s next infantry assault buggy might be a classic ‘G.I. Joe’ battlewagon