After the better part of a decade in development, the Army's brand-new battlewagon is finally about to roll up at base near you 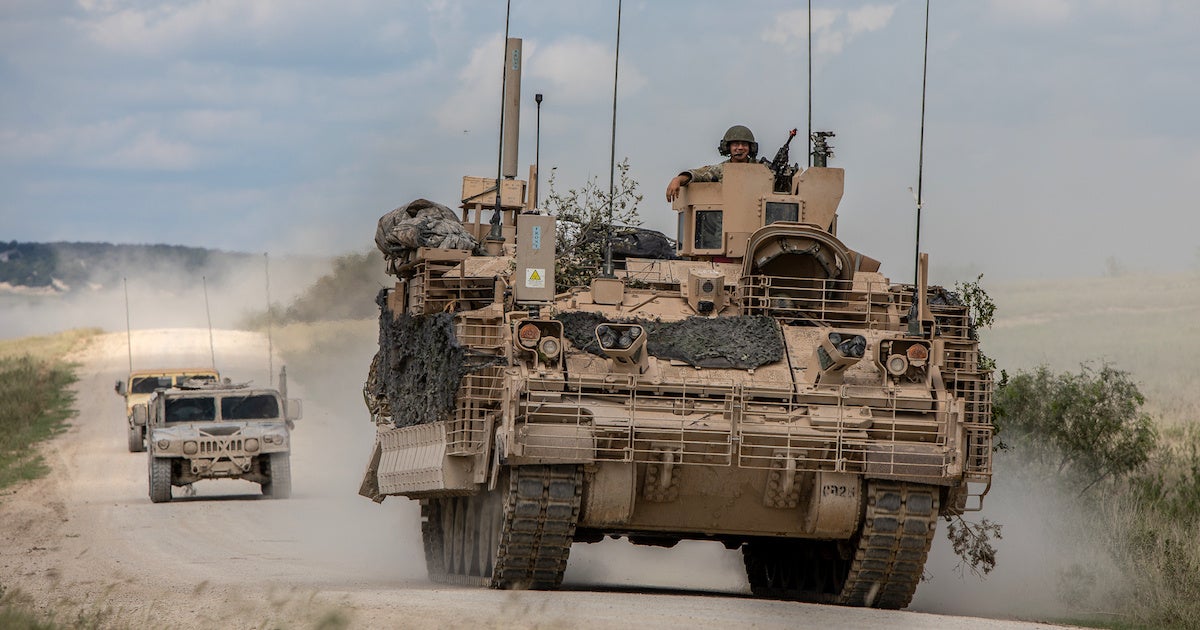 After the better part of a decade in development, the Army’s brand-new battlewagon is finally about to roll up to a base near you.

Indeed, the service is preparing to take receipt of all five different AMPV variants over the span of several weeks starting with the general-purpose variant in November and closing with the medical treatment vehicle in December, according to Breaking Defense.

According to BAE, the AMPV “leverages aspects of the Bradley Infantry Fighting Vehicle and M109A7 self-propelled howitzer” for a vehicle with 73 percent more carry capacity compared to the M113 APC and significantly improved capabilities over other platforms.

Indeed, limited user testing of the AMPV conducted in fiscal year 2018 indicated that the vehicle demonstrated “superior power and mobility” over the M113, as well as increased operational mission availability and reliability, according to the CRS report.

BAE was slated to start production of the first batch of 551 of a total of 2,907 AMPVs as of December 2018, according to the Congressional Research Service, with the Army awarding a $575 million contract for the initial production of the vehicle in February 2019.

The first AMPV officially rolled off the assembly line for delivery to the service in early September.

The Army was initially expected to field 258 AMPVs as part of the European Deterrence Initiative sometime in fiscal year 2020, with two brigades worth of vehicles fielded by the end of calendar year 2020, according to the CRS report.

However, BAE found itself behind schedule in its actual delivery of the AMPV, which was initially expected for March 2020, due to “tooling and assembly line challenges,” according to Inside Defense, while the novel coronavirus (COVID-19) delayed the delivery even further.

As Military.com notes, the AMPV program also recently endured funding cuts as the Army searches for savings across all of its programs, so far that the service only requested $193 million for the program in the fiscal 2021 budget compared to $445 million in fiscal 2020 and $673 million in fiscal 2019.

The AMPV is expected to enter full-rate production in the third quarter of fiscal year 2022 rather than the first quarter as previously planned, according to the CRS report.

All told, the Army’s $193 million budget for fiscal 2021 covers just 32 vehicles, sharking out to just over $6 million per AMPV. So please, don’t break it immediately, OK? The taxpayers thank you.