This is like something out of 'The Jackal,' or even 'Breaking Bad' 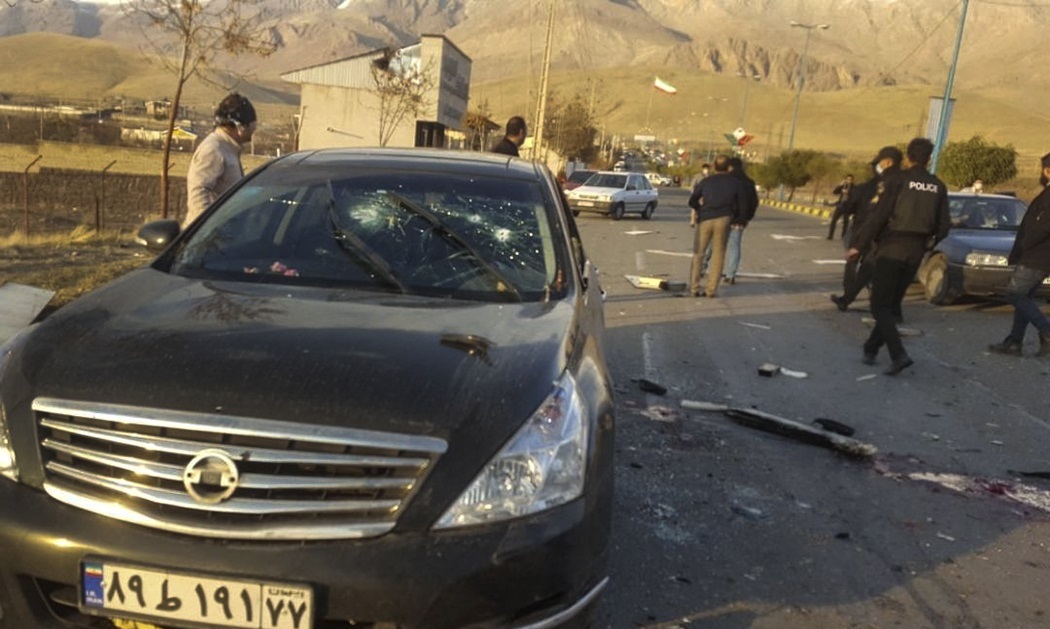 The senior Iranian scientist who founded the country’s military nuclear program in the 2000s was reportedly killed near Tehran by a remote-controlled machine gun mounted on a commercial vehicle that subsequently exploded, according to press reports.

Mohsen Fakhrizadeh, a former brigadier general in Iran’s Islamic Revolutionary Guard Corps and a senior official in the country’s nuclear program, was assassinated in an ambush attack on Friday in the rural city of Absard, Iranian state media announced this weekend.

According to Iran’s Fars News Agency, Fakhrizadeh and his wife were traveling in a bulletproof vehicle on Friday morning when their vehicle was hit with “a remote-controlled machine gun that was mounted on a Nissan car stationed some 150 meters away,” per Haaretz.

One of the bullets perforated Fakhrizadeh’s back, killing him, according to the report. The Nissan involved in the incident subsequently exploded several minutes later.

“This was a very complicated assassination that was carried out remotely with electronic devices,” Ali Shamkhani, secretary of the Supreme National Security Council of Iran, told state TV over the weekend, according to Reuters.

Iranian Arabic-language channel Al-Alam additionally claimed the weapons used were “controlled by satellite,” a claim echoed on Sunday by Fars, per the Associated Press.

Iranian officials have blamed Israel for the attack. According to Iran’s English-language Press TV, the weapon used in the killing of Fakhrizadeh “bear the logo and specifications of the Israeli military industry.”

Israel “insists Iran still maintains the ambition of developing nuclear weapons, pointing to Tehran’s ballistic missile program and research into other technologies,” as the Associated Press notes, while Iran has long maintained “that its nuclear program is peaceful.”

While many of the details surrounding the attack remain shrouded in mystery, the fact that the assassination was carried out via a self-destructing  car-mounted remote-controlled weapon system sounds like it was ripped straight from pop culture.

And it may well have been! When you hear the term ‘remote-controlled machine gun,’ the immediate image that comes to mind is probably from The Jackal, the 1997 political thriller that sees Bruce Willis use a mechanized machine gun to take out an unsuspecting target.

Personally, though, my mind went to a more recent sequence from the closing minutes of Breaking Bad: