Senior leader of al Qaeda was killed by Israeli agents at the request of the US, officials say

He was killed on the 22nd anniversary of the bombings of U.S. embassies in Kenya and Tanzania. 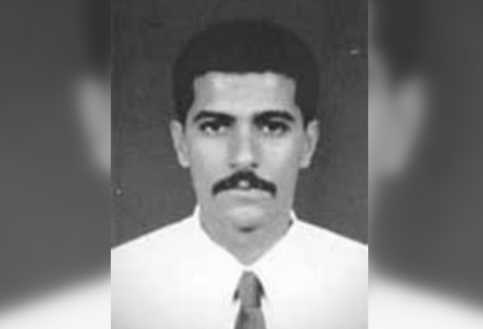 Intelligence officials have confirmed that a founder and the second-highest leader of al Qaeda was killed in Iran in August.

According to the New York Times, Abdullah Ahmed Abdullah — who went by the alias Abu Muhammad al-Masri — was “gunned down on the streets of Tehran by two assassins on a motorcycle” on Aug. 7. The day of the killing was the 22nd anniversary of the bombings of two U.S. embassies, which al-Masri, who was around 58 years old at the time of his death, has been accused of orchestrating.

Four intelligence officials confirmed to the Times that the killing was “carried out by Israeli operatives at the behest of the United States.”

He and his daughter Miriam, the widow of Hamza bin Laden, Osama bin Laden’s son, were driving in his car when the gunmen came up beside him and fired five shots; four entered the vehicle, and one hit a nearby car. Miriam was also killed in the shooting.

A “highly classified document” from the U.S. National Counterterrorism Center in 2008 identified al-Masri as the “most experienced and capable operational planner not in U.S. or allied custody,” the Times reports. In 2009, al-Masri was leading al Qaeda’s military training and was one of nine members of its governing council.

He has been featured on the FBI’s Most Wanted Terror List for his involvement in the 1998 bombings of U.S. embassies in Tanzania and Kenya, which resulted in the death of 224 people, the Times reports. The FBI put up a $10 million reward for any information that could lead to his capture.

Iran’s news media originally identified the victims of the shooting as Habib Daoud, a Lebanese history professor, and his daughter Maryam. It was reported that Daoud was a member of Hezbollah.

But one intelligence official told the Times that Habib Daoud was just an alias given to al-Masri by Iranian officials. It’s believed that al-Masri had been in Iran’s “custody” since 2003, but since 2015 has been “living freely” in an upscale suburb of Tehran, according to the Times.

Terrorism experts told the Times that Iran may view harboring al Qaeda officials as insurance against the group conducting operations in Iran. Other counterterrorism officials say that Iran may have let them live there to carry out operations against their common enemy: the United States.

“It just further contributes to the fragmentation and decentralization of the al Qaeda movement,” he said.