How did the US kill an Al Qaeda top leader despite an uneasy agreement with the Taliban? It’s complicated

Déjà Vu all over again. 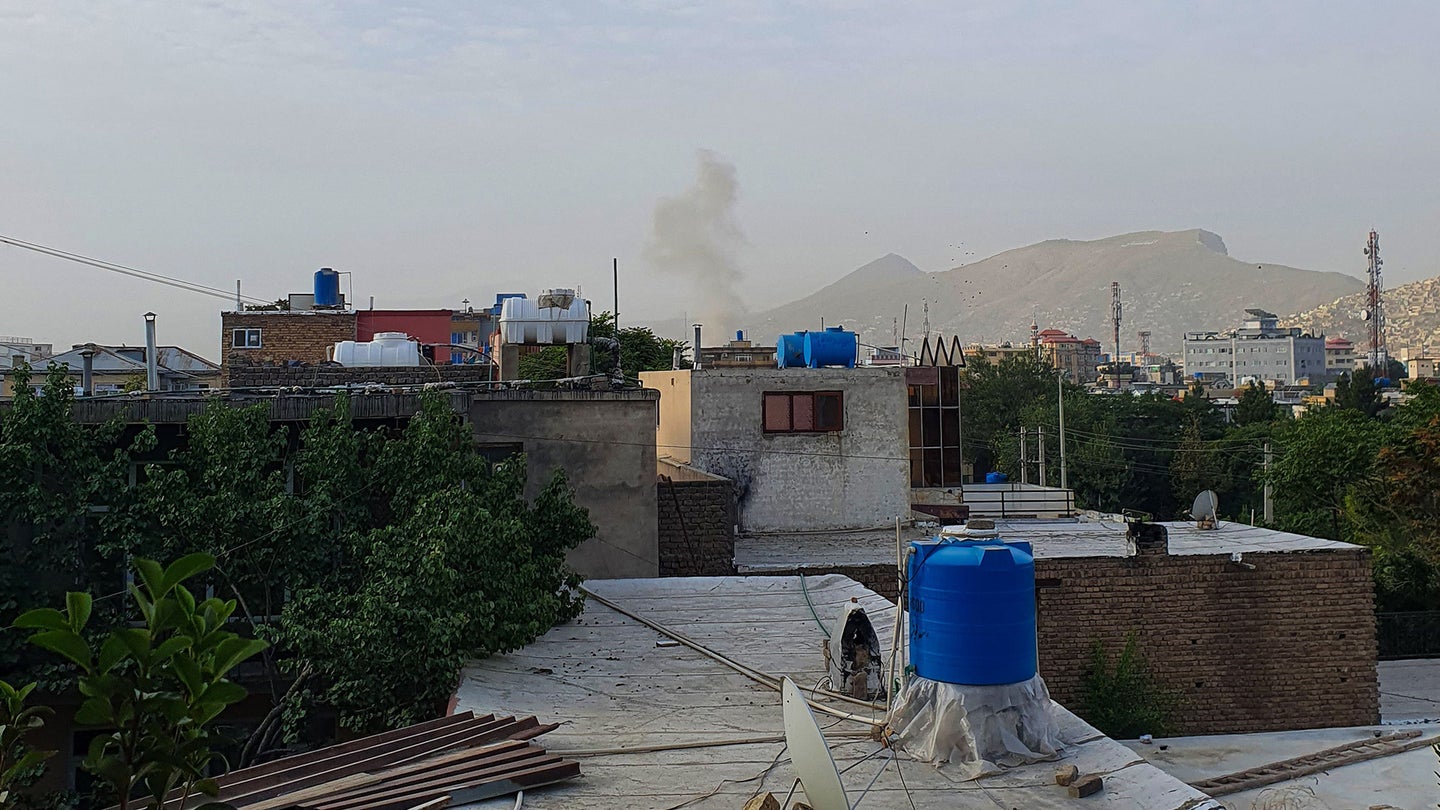 In this photograph taken on July 31, 2022, smoke rises from a house following a US drone strike in the Sherpur area of Kabul. - US President Joe Biden announced on August 1 that Al-Qaeda chief Ayman al-Zawahiri had been killed by a drone strike in the Afghan capital. (AFP via Getty Images).
SHARE

The Taliban, the fundamentalist jihadist organization that has ruled Afghanistan for nearly a year, has shown no signs of regret or remorse that the most wanted terrorist in the world was living in Kabul when he was killed by a U.S. drone strike.

Indeed, the Taliban seems to have added “chutzpah” to the Pashtunwali code of honor by claiming the drone strike violated the February 2020 agreement, under which the United States agreed to withdraw all its troops from Afghanistan, and it could damage relations between the two countries. (The United States has not recognized the Taliban government.)

“IEA [the Islamic Emirate of Afghanistan] strongly condemns this attack on any cause and calls it a clear violation of international principles and the Doha Agreement,” Taliban spokesman Zabihullah Mujahid wrote in an Aug. 2 statement, which failed to mention that the target of said attack was Ayman al-Zawahiri, Al Qaeda’s top leader. “Such actions are a repetition of the failed experiences of the past years and are against the interests of the USA, Afghanistan and the region.”

Let’s take a minute to admire the sheer balls it took for Mujahid to write that statement. The reason the United States invaded Afghanistan more than 20 years ago was that the Taliban had harbored Al Qaeda, which launched the Sept. 11, 2001 terrorist attacks that killed nearly 3,000 people. Then-President George W. Bush demanded that the Taliban government hand over all Al Qaeda leaders in Afghanistan to the United States.

But the Taliban never abandoned Al Qaeda, and after more than two decades of war both groups remain close, a July 15 United Nations Security Council report found. The report also determined that Al Qaeda’s presence in Afghanistan does not pose an immediate threat to the rest of the world in part because the terrorist group does “not currently wish to cause the Taliban international difficulty or embarrassment.” (This was before the July 31 attack that killed al-Zawhiri, though.)

“By hosting and sheltering the leader of al Qa’ida in Kabul, the Taliban grossly violated the Doha Agreement and repeated assurances to the world that they would not allow Afghan territory to be used by terrorists to threaten the security of other countries,” Secretary of State Anthony Blinken said on Monday.

The fact that both sides claim the other violated the Doha Agreement, which set the initial timeline for the U.S. troop withdrawal from Afghanistan, reveals that the so-called agreement will go down in history as one of the most ambiguously worded pacts of all times.

The Taliban understood that the terms of the agreement were irrelevant. The United States had declared it was leaving Afghanistan and that’s all that mattered. After the Taliban went on the offensive against Afghan troops and police, U.S. officials repeatedly claimed that the Doha Agreement called for the Taliban to reduce the level of violence in Afghanistan.

When Task & Purpose pointed out to then-Defense Secretary Mark Esper in March 2020 that the words “reduction in violence” were not included in the agreement itself, Esper suggested that such a pledge might have been part of the withdrawal agreement’s classified annexes, which the American public has never seen.

Under the agreement, the Taliban is required to “Prevent any group or individual, including al-Qa’ida, from using the soil of Afghanistan to threaten the security of the United States and its allies.”

In other words, the Taliban did not pledge to sever all ties with Al Qaeda; rather it agreed to prevent the terrorist group and other such organizations from launching attacks on the United States or training and conducting fundraising on Afghan territory, said Jonathan Schroden, an expert on Afghanistan and counterterrorism with CNA, a federally funded research and development center.

“I expect the Taliban to argue that they had Zawahiri in Kabul to monitor his actions, as a means of better fulfilling their commitment to prevent Al Qaeda from attacking externally from Afghanistan,” Schroden told Task & Purpose. “The language of the Doha agreement is so loose that it’s not hard for them to formulate such a response (and have it be meaningful to some audiences that matter to them).”

That may very well be the Taliban’s play. One Taliban guard who kept reporters from the Guardian newspaper away from the safe house where al-Zawahiri was killed reportedly told the journalists, “It is our own pain, let us deal with it.”

At the time of his death, al-Zawahiri was residing in Kabul’s Shirpur neighborhood, which was once home to western diplomats and the elite of Afghanistan’s former government. It is now home to many Taliban leaders, making it hard to believe that they were unaware that al-Zawahiri was one of their neighbors.

However, the connections between the Taliban and Al Qaeda only go so far and both groups remain separate and distinct from each other, Schroden said.

“While the Taliban (Haqqanis especially) have very close ties to Al-Qaeda and Zawahiri pledged fealty to the Taliban’s Supreme Leader, the Taliban never acknowledged that pledge and Al Qaeda has its own leadership council, governing structures, etc.,” Schroden said. “Better to think of them as close friends, or perhaps “brothers in arms,’ rather than as a single organization.”

And it looks like these two besties are showing no signs of breaking up anytime soon.