Chuck Yeager, the legendary pilot and retired Air Force brigadier general who broke the sound barrier in 1947, has died 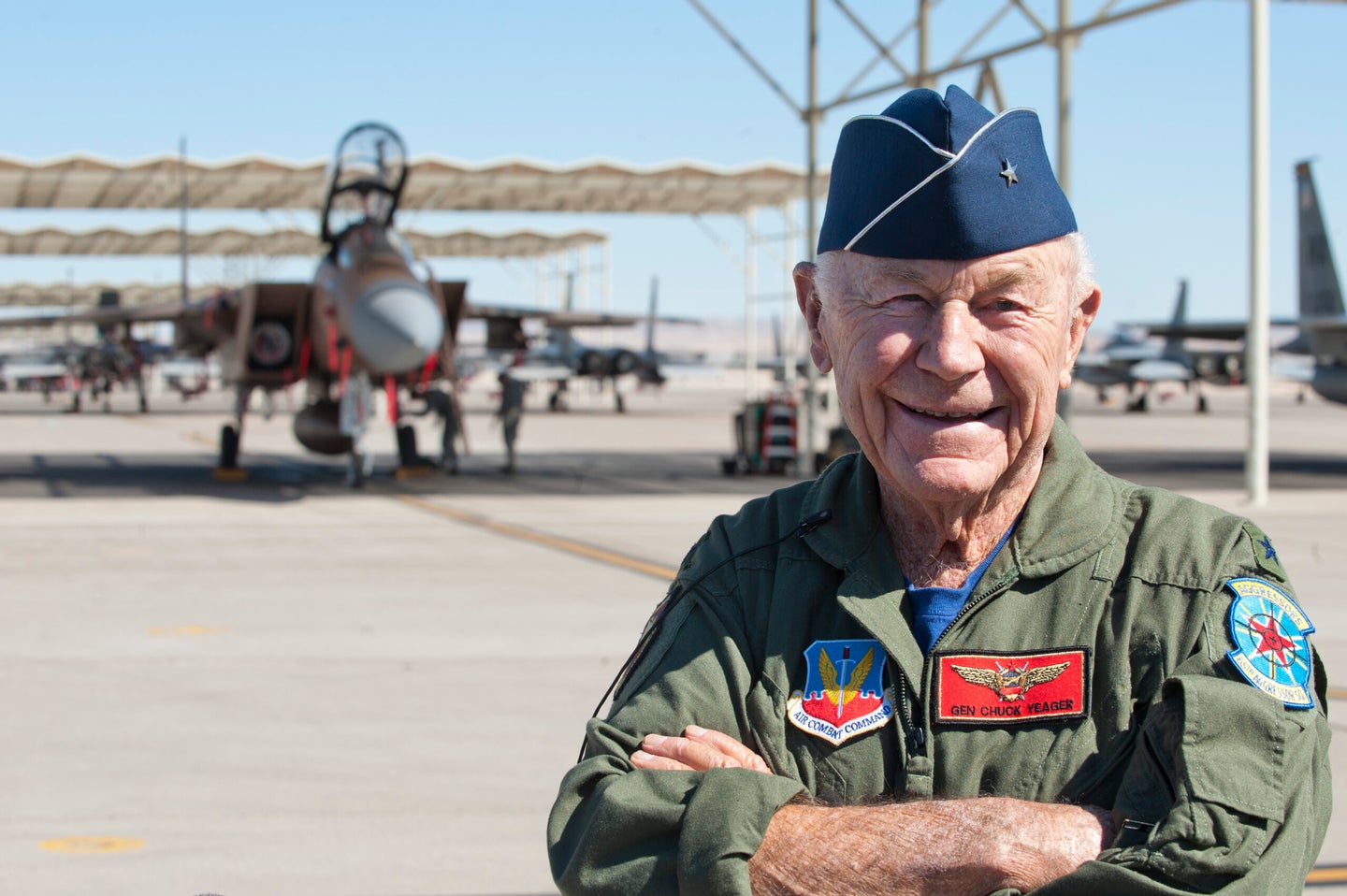 Chuck Yeager, the legendary pilot and retired Air Force brigadier general who broke the sound barrier in 1947, has died.

Born in West Virginia, Yeager’s military career began as a private in the U.S. Army Air Forces in 1941, where he served as a mechanic before entering enlisted pilot training and rising to the rank of flight officer.

During the course of his time as a fighter pilot behind the stick of a P-51 Mustang, Yeager shot down a total of 11 enemy aircraft over the Western Front, downing five in a single day on October 12, 1944.

After the war, Yeager became a test pilot at Muroc Army Air Field (now Edwards Air Force Base), becoming the first pilot to break the sound barrier in the rocket-powered Bell X-1 aircraft on October 14, 1947. He somehow managed to do so despite having two broken ribs after falling off a horse two nights prior to the flight.

Yeager went on to break several other speed and altitude records during his time as a test pilot. When a Navy pilot named Scott Crossfield became the first man to break Mach 2, Yeager and fellow Air Force pilot Jack Ridley ramped up the record to Mach 2.44. It was a difficult flight, though, as the yet-unknown phenomena called inertia coupling made their X-1A roll, pitch and yaw out of control all at once. Yeager was awarded the Distinguished Service Medal for managing to regain control and land the plane safely.

The airman left Edwards in 1954 to serve with the Twelfth Air Force in West Germany, but he returned to Edwards as the first commandant of the Aerospace Research Pilot School in 1962. He commanded the 4th Tactical Fighter Wing in 1968 before retiring at the rank of brigadier general in 1975.

Yeager remained active in the aviation world for the rest of his life. In 2012, when the pilot was 89 years old, he flew backseat in an F-15D Eagle out of Nellis Air Force Base, Nev., while Capt. David Vincent took them past the speed of sound in a 65th anniversary celebration of Yeager’s famous feat.

Yeager exhibited the same skill with flying as he did with social media: dropping fiery tweets that left many a hater in the dust.

Godspeed Chuck, you will be sorely missed.