Russian authorities are investigating whether a so-called “cannibal couple” is responsible for drugging, skinning alive, and consuming potentially 30 victims... 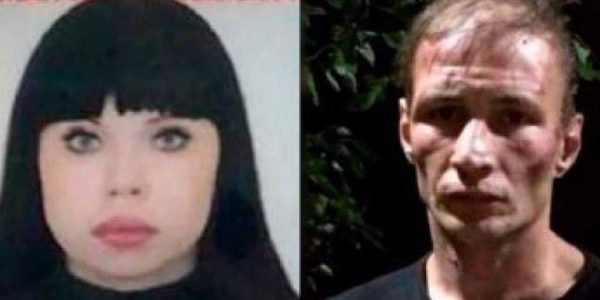 Russian authorities are investigating whether a so-called “cannibal couple” is responsible for drugging, skinning alive, and consuming potentially 30 victims a while living on a military base, the Washington Post reports, even attempting to “turn soldiers at the military academy where they worked into unwitting cannibals slipping ‘canned human meat’ into their food.”

Police in the southwest city of Krasnodar arrested Dmitry Baksheev, 35, and Natalia Baksheeva, 42, after a search of their apartment at the Krasnodar Higher Military Aviation School at Primorsko-Akhtarsk Air Base uncovered the body of a missing 35-year-old resident, along with “fragments of the human body in saline” and “food fragments and frozen meat pieces of unknown origin,” Investigation Department of the Russian Federation announced on Sept. 25.

Local media reported that the couple told police they had killed and consumed at least 30 victims over the span of 20 years, during which Natalia, described as a “former nurse,” attempted to sell “frozen meat pies” and other meat products to both local restaurants and Russian soldiers training at the aviation academy.

Russian federal authorities said that local police only became aware of the couple’s grisly practices after maintenance workers found an abandoned cell phone on the streets of Krasnodar that contained graphic photos of dismembered limbs and body parts, including one photo of Dmitry “posing with a dismembered hand in his mouth,” according to the New York Daily News.

The couple is currently undergoing a thorough psychological examination by both law enforcement officials and medical professionals. The case is, somehow, not the most gruesome murder case to hit Russia this year: Former policeman Mikhail Popkov confessed in March to raping and murdering 82 people between 1992 and 2000, 22 of which have already yielded convictions, according to CNN.

And you thought your MREs tasted bad.