Air Force Brig. Gen. Chuck Yeager has had an epic career. During World War II, he flew 64 missions and... 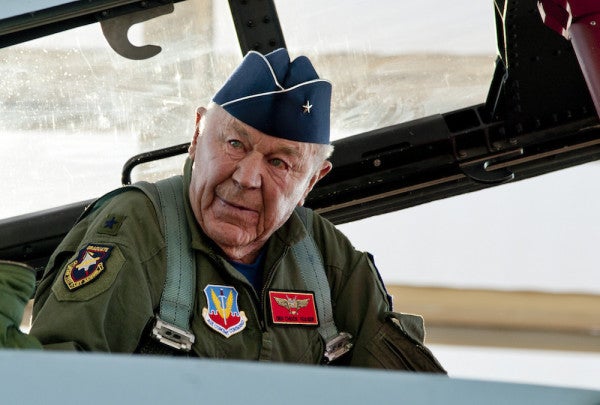 Air Force Brig. Gen. Chuck Yeager has had an epic career. During World War II, he flew 64 missions and decimated 13 enemy planes. Though he was shot down during a mission in France, he evaded capture using the French Underground. When he returned home after the war, he was among several pilots to test the experimental Bell X-1 rocket plane, and became the first human to break the sound barrier in October of 1947.

Now at 93, he has revealed yet another talent aside from being a record-holding pilot: sarcastic tweeting. Being that he’s a very important guy, he doesn’t have time to put up with your stupid questions about combat, cats, or presidential campaigns, which is made apparent in his ruthless, but hilarious tweets. Though there are hundreds of funny quips, we pulled 10 of the greatest replies ever from Chuck Yeager’s Twitter.