After years of delays and a growing price tag, the Air Force’s F-35A Lightning II is now mission capable. “I... 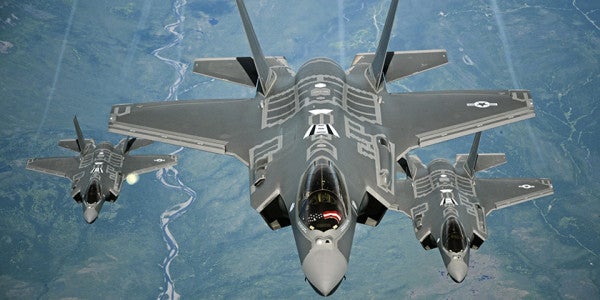 After years of delays and a growing price tag, the Air Force’s F-35A Lightning II is now mission capable.

“I am proud to announce this powerful new weapons system has achieved initial combat capability,” said Gen. Hawk Carlisle, commander of Air Combat Command in a CNN report. “The F-35A will be the most dominant aircraft in our inventory because it can go where our legacy aircraft cannot and provide the capabilities our commanders need on the modern battlefield.”

According to an Air Force press release, there are currently 12 F-35’s at Hill Air Force Base, Utah, that are deemed initially operationally capable, which means they are able to penetrate areas with established air defenses, provide close air support to ground troops and be rapidly deployed to areas of conflict. Additional aircraft are anticipated to be ready in August.

Related: Is The F-35 Program Finally Getting Its Act Together? »

According to the Air Force press release, during an F-35 deployment exercise at Hill Air Force Base, seven fighters participated in 88 sorties, sustained no losses in simulated dog fights with F-15s and had a hit rate of 94%.