Democratic candidate for president and Vermont senator, Bernie Sanders, seems to have contradictory policies regarding the Defense Department. Within his... 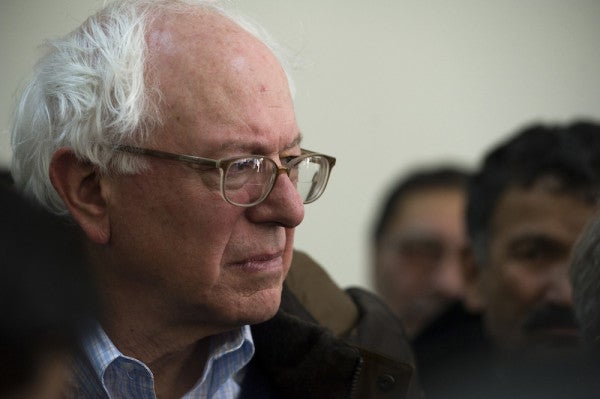 Democratic candidate for president and Vermont senator, Bernie Sanders, seems to have contradictory policies regarding the Defense Department.

Within his platform regarding the military, he suggests that the U.S. military spends too much money on defense, and is known to staunchly oppose military engagement unless absolutely necessary.

In a town hall meeting in Iowa City, Sanders said, “We know that there is massive fraud going on in the defense industry. Virtually every major defense contractor has either been convicted of fraud or reached a settlement with the government …We need a strong military, it is a dangerous world. But I think we can make judicious cuts.”

Related: Here’s where the 2016 presidential candidates stand on veterans issues.

However, his platform goes on to state that he supports the continued funding of Lockheed Martin’s F-35 Lightning II, known as the Joint Strike Fighter.

The aircraft is a single-engine, single-seat, stealth fighter plane which was initially lauded as being advanced and affordable, and crucial to maintaining dominance in the air as U.S. fleets downsize.

Over the years, however, the F-35 has been deemed one the most expensive weapons system in the world.

In June 2015, The Fiscal Times found that the F-35 is expected to cost $1.5 trillion over its 55-year life span, and in the process has become one of the most expensive Pentagon programs in American history.

Task & Purpose reached out the Sanders’ campaign and Senate office, but received no comment on the issue.

In March 2014, Sanders told Carl Gibson of Reader Supported News that “for better or worse, [F-35] is the plane of record right now, and it is not gonna be discarded. That’s the reality.”

He also decried the project’s overruns, calling the the program “incredibly wasteful,” but suggested that while “F-35 is deployed anywhere, I believe we should strive to protect the Vermont Air National Guard’s mission and maintain hundreds of jobs here in Vermont.”

In fact, his home state has a great deal of stake in the success of the aircraft, being that then-Secretary of the Air Force Michael Donley selected the Vermont National Guard to be the first Air Guard unit to base the F-35 Joint Strike Fighter.

The idea that Sanders supports the F-35 program stems largely from the positive reception to part of the F-35 fleet being stationed among his constituents, according a release put out by his Senate office in 2010.

Sanders’ former Chief of Staff Huck Gutman defended the senator in Oct. 2015, telling International Business Times the F-35 situation is a case of pragmatism, not hypocrisy.