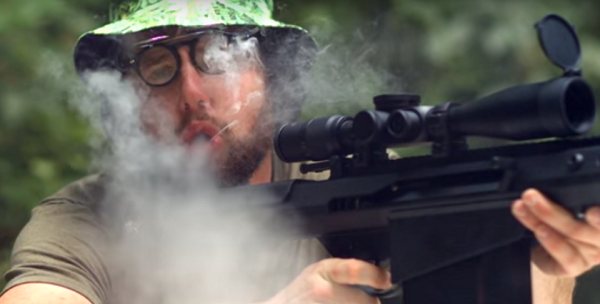 FullMag’s weekly videos show Ryan and guest stars blowing all kinds of stuff up: from limos and laptops, to lava lamps and iPhones. In one video he even brackets his truck with mortars. But when they came across this hilarious clip by h3h3Productions, the crew decided to burn one down, literally.

In FullMag’s most recent video, dubbed “Vape Naysh,” Ryan assumes the persona of a hipster stoner to demonstrate what happens when you get really high and shoot a weed vaporizer with a .50 cal. Here’s a hint: It gets fucking vaporized.