‘The Lost Lieutenant’ Is Military Humor At Its Finest

Like wine or old cheese, military humor is an acquired taste — one that requires an exceptional tolerance for violence... 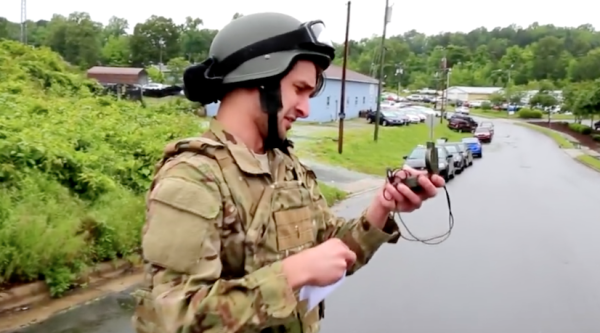 Like wine or old cheese, military humor is an acquired taste — one that requires an exceptional tolerance for violence and bodily fluids to fully appreciate. And nobody does military humor quite like the guys over at Ranger Up, the North Carolina-based military apparel company that recently joined forces with Article 15 to produce the upcoming zombie apocalypse spoof “Range 15,” which may go down as the most disgusting war film ever made.

Ranger Up’s latest video, titled “The Lost Lieutenant,” is a veritable masterpiece. It tells the heartwarming tale of a young Army lieutenant named Bucky who strays off course during a land navigation exercise. Fortunately, two good samaritans, played by company founder Nick Palmisciano and his trusty sidekick, Jack Mandaville, come to the young officer’s rescue. But when they deliver Bucky back to company headquarters, his fate is no longer in their hands.

Will Bucky pay the ultimate price for his foolish ways? Take a look.