When New York Daily News journalist Gersh Kuntzman penned his recent article about the first time he fired an AR-15... 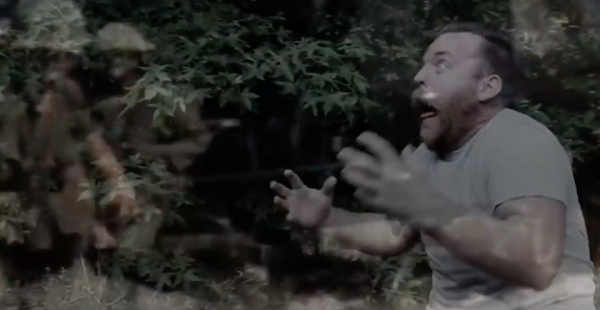 When New York Daily News journalist Gersh Kuntzman penned his recent article about the first time he fired an AR-15 — originally titled “What is like to fire an AR-15? It’s horrifying, dangerous and very very loud” (“dangerous” has since been changed to “menacing”) — he clearly had not anticipated the shit-storm that would surely follow. To write an article so blatantly misleading about an assault rifle that hundreds of thousands of Americans can assemble and dissemble with their eyes closed, and at a time when the national debate over gun control is raging fiercer than ever, is incomprehensibly arrogant. It’s like dry humping a hornets nest and thinking you won’t get stung.

Kuntzman got stung. A lot. His exaggerated claims that the rifle’s recoil bruised his shoulder, felt like a bazooka, sounded like a cannon, and gave him a “temporary form of PTSD” have triggered a deluge of parody videos, satirical articles, and memes that together paint a portrait of a journalist who is comically out of touch with reality. I’m now convinced that, either out of willful ignorance or just plain old ignorance, Kuntzman had simply failed to adequately size up his ideological opponents. He didn’t realize that people who own or support the ownership of assault rifles aren’t just a bunch of brainless, bloodthirsty barbarians. Now we have a bunch of really great jokes.

I’ll confess that I did my best to resist writing anything else about Kuntzman. There doesn’t seem to be much more to say on the matter, and, to be honest, I’ve started to feel a little guilty about taking shot after shot at such an easy — and sensitive — target. But when I came across this video, produced by The 413 Lads, an amateur South Carolina-based comedy troupe starring two ex-Army infantrymen, my resolve gave way to something else: uncontrollable laughter … and I’m completely sober. It’s just too good not to share. So, without further ado, I present to you “Reporter Shoots Gun For First Time, Changes Life!!” — a Kuntzian masterpiece.