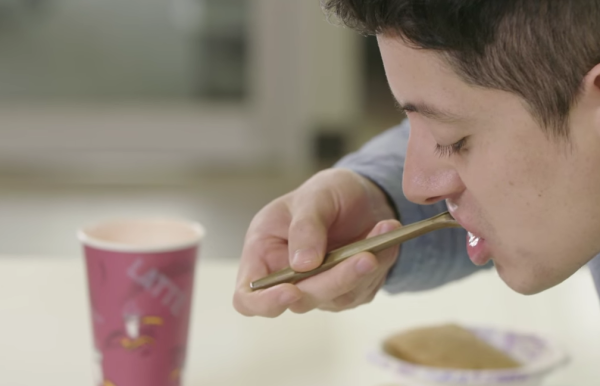 In January 2016, the Army put out a call for 18 to 62 year-old people to risk the health of their insides by participating in a study to test what 21 days worth of Meals-Ready-to-Eat would do to the human body.

It’s unclear whether or not someone actually answered that call, but the Independent Journal Review decided to stage a similar study of its own. And as a guinea pig, they chose reporter Juan Leon, who had never consumed an MRE in his life.

“I was the lucky volunteer,” Leon wrote.

The rules for the IJ Review challenge were simple: Leon had to agree to eat nothing but MREs for 21 days, and he could only eat two of them per day. Easy, right?

Leon initially thought so, but by week two his confidence began to wane, giving way to something else: extreme physical discomfort.

“By the end of the first week, things started getting rough. Going into the second week I felt bloated all the time,” he wrote.

Of course Leon felt bloated. The sodium-packed meals are designed to last five years in extreme conditions, and each meal is meant to provide an average of 1,250 calories. Even the Defense Department admits they are not meant to be consumed for more than a few days at a time.

And while they’re incredibly nutritious, many of the food items found in MREs, like the bag of dehydrated chili with beans, can wreak unspeakable havoc on a person’s intestines. Any soldier, sailor, airman, or Marine could have warned young Leon that bathroom issues were bound to arise.

In a video documenting the challenge, a visibly uncomfortable Leon appears frequenting the bathroom both at home and at work. One of his colleagues even suggests he smells like dog food.

He wrote, “I would alternate between vicious cycles of spending hours in the bathroom and then not being able to go at all.”

After the three week trial was up, Leon wrote that he was grateful that “this godforsaken challenge” was over, adding: “So having gone through this challenge — eating nothing but MREs for 21 days — do I now know what it’s like to be a soldier? Of course not.”