On June 7, more than 10 years after the theatrical debut of “Jarhead,” the critically acclaimed biographical war drama about... 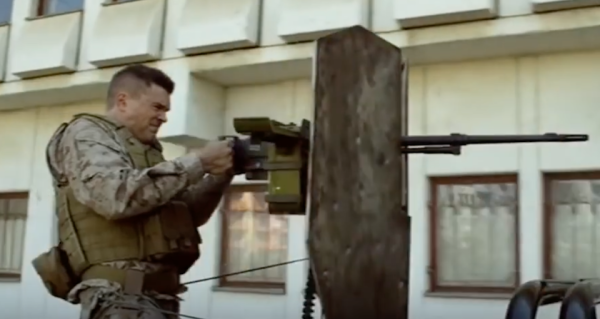 On June 7, more than 10 years after the theatrical debut of “Jarhead,” the critically acclaimed biographical war drama about a young Marine sniper (Jake Gyllenhaal) deployed to Iraq during Desert Storm, “Jarhead 3” was released on Blu-Ray DVD, prompting a number of fans to scratch their heads and say, “Hey, wait, there’s a Jarhead 2?”

The answer, it turns out, is yes. The sequel came out in 2014 and doesn't star any of the chief actors who appeared in the original. And while “Jarhead,” which Time magazine ranked as one of the best war movies ever made, offered audiences a nuanced depiction of the boredom and sense of uncertainty that accompany life on the modern battlefield, “Jarhead 2: Fields of Fire” was an action-packed bloodbath set in the Taliban-infested desert of southern Afghanistan.

“Jarhead 3: The Siege” appears to be no different. In fact, the only thing it seems to have in common with the first Jarhead is the fact that it’s about Marines deployed to the Middle East — not Iraq or Syria or Libya, just, literally, the Middle East, which is now, according to the film’s trailer, a borderless wasteland where the biggest mistake a Marine can make is “not being prepared.” Sign me up!