Since the so-called Islamic State first began its rampage of terror throughout the Middle East and abroad, ordinary people around... 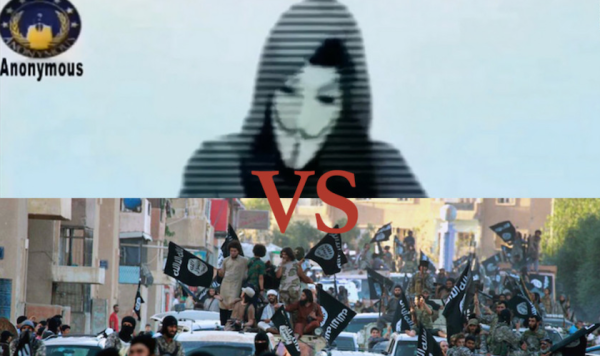 Since the so-called Islamic State first began its rampage of terror throughout the Middle East and abroad, ordinary people around the world have offered up their time and skill sets to help destroy it. Some have volunteered to face the group in battle alongside Kurdish peshmerga forces in northern Iraq. Others have risked their lives to smuggle captives out of the ISIS stronghold of Mosul. And countless more have taken to social media to engage the group’s sympathizers in heated debate.

Ghost’s strategy is as simple as it is brilliant. He hacks into the Twitter accounts of ISIS supporters and then uses those accounts to blast provocative photos across the internet. For ISIS’ propaganda wing, this is extremely counterproductive, as the group uses social media to advertise the terrorist group’s ultra-conservative way of life, as well as inspire “lone wolves” like Omar Mir Seddique Mateen, who carried out the recent attack on a gay nightclub in Orlando, to murder innocent people in the name of its perverse interpretation of Islam, which denounces homosexuality but encourages followers to force women and children into sexual slavery.

“My goal waking up in the morning and see messages from [ISIS], telling me they’re going to kill me or cut my head off,” Ghost told The Washington Post. “The madder they get, the happier I get.”

While part of the fun of exploiting ISIS Twitter accounts is pissing them off, the real goal, Ghost explains, is to “diminish their presence online” by drawing enough negative attention to those accounts so they’ll be shut down. The fewer ISIS accounts, the less chance there is of people being exposed to their propaganda, or so the logic goes. Although, Ghost’s tactic does indeed increase the likelihood of those people being exposed to a picture of a naked woman, but that’s a risk he’s willing to take.

Now, after Orlando, Ghost is ramping up his own efforts to rein in ISIS’ cyber influence, because he’s convinced not enough is being done through official channels.

“The government really hasn’t been doing enough, especially on social media,” Ghost told The Washington Post. “You see the beheading images everywhere. Kids get online and shouldn’t see the images.”