We all make mistakes. That’s part of being human. You spill mustard on your shirt or leave your credit card... 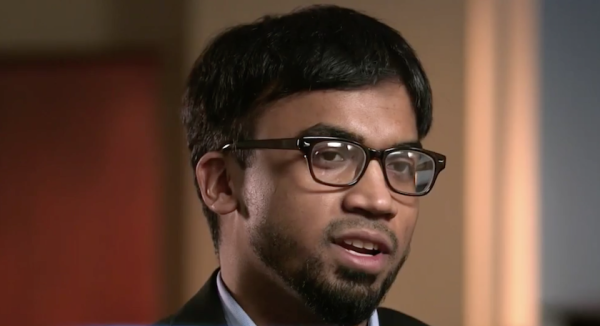 We all make mistakes. That’s part of being human. You spill mustard on your shirt or leave your credit card at the bar — life will go on. Those are mistakes you can recover from. But then there are the other kinds of mistakes, like tripping over the edge of a cliff or sharing a needle with a homeless guy, for which you will suffer tremendously.

Joining the Islamic State falls into the latter category. And a young Columbia University dropout named Mohimanul Alam Bhuiya learned that the hard way after fleeing from the terrorist organization, with whom he served as an armed militant for five months before realizing he majorly screwed up.

“I am an American who’s trying to get back home from Syria,” Bhuiya wrote in an email to the FBI in October 2014, a week before his escape. Then he adds this gem (emphasis ours):

“I just want to get back home. All I want is this extraction, complete exoneration thereafter, and have everything back to normal with me and my family.”

I don’t think that’s how this works.

The FBI never rescued Bhuiya; he escaped on his own. But they did arrest him the moment he returned to his native New York. And instead of being granted complete exoneration, Bhuiya was charged with providing material support and receiving military training from the Islamic State. Oops!

Now, Bhuiya, who pleaded guilty to both charges, is facing up to 25 years in prison. And while the court proceeding are private, Bhuiya is taking his show on the road. In fact, the Justice Department allowed him to tell his story on national television.

In a May interview with NBC News, Bhuiya recounted his adventures in the Middle East, and explained his motivations for going there. Life with the terrorist organization, he believed, would be like living in an Islamic utopia — a conclusion he somehow arrived at after watching hours of ISIS YouTube videos. Much to his surprise, it turned out to be complete hell.

When asked by NBC’s Richard Engel if he saw “evidence of all the gore that we see in the ISIS propaganda,” the reformed jihadist replied: “Um, at one point towards the end, as things were getting more and more serious, I did see severed heads placed on spiked poles.”

Realizing that his life was in danger, Bhuiya made a run for it. During his time with ISIS, he had trained in the art of jihadist warfare and worked as both a gate guard and an accountant. But he maintains that he never saw combat; though, he does admit to carrying a gun, according to the Washington Post. His journey home took him through Turkey, where he hopped on a plane back to New York, where he grew up and, according to the Washington Post, spent one semester studying at Columbia.

There’s a lot to be gained from Bhuiya’s willingness to openly discuss his time with ISIS. For one, he’s giving the FBI some great intel. But perhaps more importantly, his sordid tale provides a potent counter-narrative to that advanced by the ISIS propaganda machine, which has attracted thousands of recruits from around the world with its slickly produced YouTube videos and utopian promises.

Will Bhuiya’s cooperation pay off? Probably not to the extent he’d like it to. On an official ISIS form Bhuiya filled out when he first joined the group, which was obtained by NBC, and which included his Brooklyn address, the phone numbers of his family members, and other personal information, Bhuiya was described as having a plan to “break down aircraft.”

And while Bhuiya claimed in the NBC interview to have told ISIS of his grand plan in order to avoid being sent to the frontline, that’s one of those mistakes you simply can’t recover from.