A 24-year-old Colorado man died while serving as a volunteer combatant with a Kurdish militia in Syria, the Associated Press... 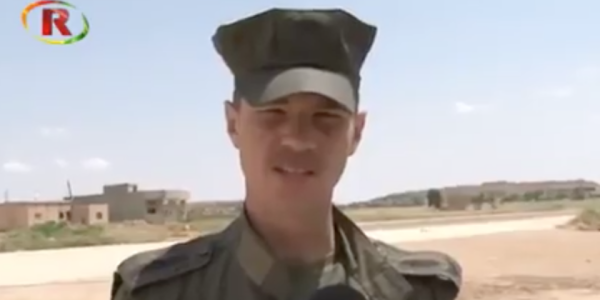 A 24-year-old Colorado man died while serving as a volunteer combatant with a Kurdish militia in Syria, the Associated Press reports.

Levi Shirley, who appears to have gone by the nom de guerreAgir Servan, was reportedly killed by a landmine in northern Syria on July 14. Susan Shirley told the Associated Press that she received news of her son’s death from the U.S. consulate in Turkey. Shirley’s immediate family seems to have thought he was in Texas training to be an emergency medical technician, although he had traveled to Syria before.

“We didn’t even know he was over there until we got the call,” Shirley’s sister said.

Shirley was one of dozens of Westerners who have volunteered for duty with Kurdish units battling the Islamic State in Iraq and Syria since the terrorist organization began its rampage through the region in 2014. Shirley was serving with the People’s Protection Unit, or YPG, which is the armed wing of the Democratic Union Party. The group uses a Facebook page, “The Lions of Rojava,” to recruit foreigners into its ranks.

Shirley is the second American volunteer to be killed while fighting alongside the YPG. The first, Keith Broomfield, died in Syria in 2015. Neither man had prior military experience. Shirley’s mother told the Associated Press that her son had tried to join the Marines after high school but had been turned away due to bad eyesight.

Shirley was killed during his second trip to Syria. According to his mother, he had joined the YPG in 2015 and returned to the States after about three months. Between trips, Shirley worked at fast food restaurants and apparently struggled to assimilate back into his life in the suburbs of Denver. He returned to Syria in January.

“He saw ISIS as a terrible evil, and that just was not OK with him,” Shirley’s mother said. “That’s the way his mind works. If you are defenseless, he will help you.”