One in three foreign fighters combating the Islamic State in Iraq and Syria is an American citizen, the majority of... 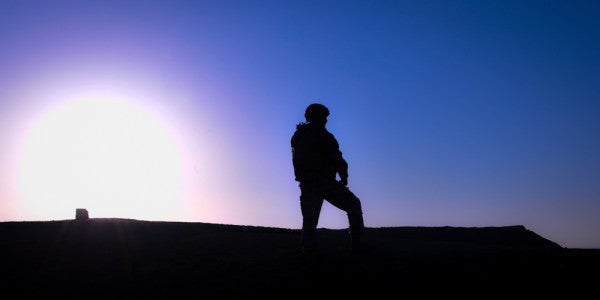 One in three foreign fighters combating the Islamic State in Iraq and Syria is an American citizen, the majority of whom are also military veterans, according to a new report. Published on Aug. 9, by the Institute of Strategic Dialogue, a London-based think tank, the report drew its findings from 300 foreign fighters who travelled to Iraq or Syria to join groups fighting against ISIS.

The majority of those travelling to Iraq and Syria to fight against the Islamic State come from Western countries, the report finds. Of the 26 countries that have citizens fighting ISIS, those with the highest proportion of volunteers are the United States, which accounts for 38% of all Western volunteers; followed by the United Kingdom at 14%; Germany at 8%; France and Sweden, both with 6%; and Canada, whose volunteers make up 5%.

In contrast, of the estimated 4,000 to 7,000 Westerners who have travelled to Syria and Iraq to join the Islamic State, only 6% are estimated to be from the United States.

Related: This Norwegian Mercenary Is Instagramming His Fight Against ISIS »

According to the report, Western fighters are most likely to serve alongside the Syrian-Kurdish YPG or the Iraqi-Kurdish Peshmerga. Additionally, while female Westerners are drawn to ISIS at higher rates than those joining anti-ISIS groups, the women who take up the fight against the Islamic State are far more likely to take on combat roles, usually as part of women protection units, Kurdish defense forces often referred to as the YPJ.

When asked why they volunteered to fight against ISIS, those surveyed cited similar reasons: They were frustrated with how their nation or the international community has responded to ISIS’ rise; they had a thirst for adventure, thrill-seeking, and belonging; or they felt an altruistic need to combat “evil” or “terrorism.”

In the case of military veterans, especially those who served in the Global War on Terror, many said they were motivated by “a desire to ‘finish the job’ and ensure previous sacrifices were not in vain,” notes the report.