A U.S. official confirmed to Task & Purpose that the Defense Department had transported Asainov from Syria to the United States. 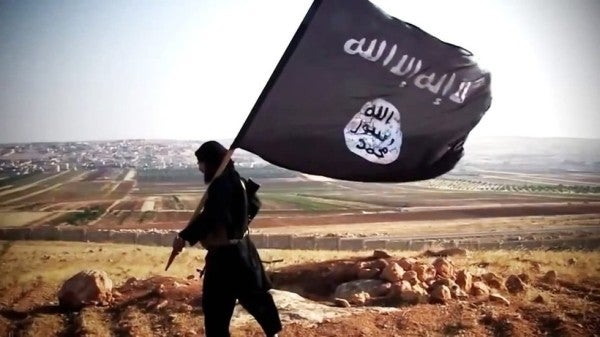 An American citizen who allegedly served as a sniper for ISIS and became a leader for the terrorist group is expected to appear in federal court on Friday after being returned to the United States by the Defense Department, officials said.

Ruslan Maratovich Asainov, who was born in Kazakhstan and became a naturalized U.S. citizen, is charged with providing and attempting to provide material support to ISIS, the Justice Department announced on Friday.

A U.S. official confirmed to Task & Purpose that the Defense Department had transported Asainov from Syria to the United States. Asainov had been in the custody of Syrian Democratic Forces.

No further information about the military's role in transporting Asainov, to the United States was immediately available.

Asainov is accused of leaving Brooklyn in December 2013 to fight for ISIS in Syria, a Justice Department news release says. After becoming an ISIS sniper, he was promoted to become an “emir” in charge of training fighters how to use weapons and also tried to recruit someone else to leave the United States and become an ISIS fighter.

Prosecutors claim Asainov tried to buy a scope for his rile by paying roughly $2,800 to a confidential informant, the news release says.

“Asainov subsequently sent the confidential informant two photographs depicting the defendant holding an assault rifle fitted with a scope,” the news release says. “He messaged one associate exclaiming, in reference to ISIS, 'We are the worst terrorist organization in the world that has ever existed' and stating that he wished to die on the battlefield.”

He is currently in FBI custody. The Justice Department did not provide any information indicating whether Asainov is represented by an attorney.

“Some go to great lengths to join groups, such as ISIS, to fight on behalf of terrorist ideologies, and to recruit others to travel in support of their misguided principles,” assistant director in charge of the FBI's New York Field Office William Sweeney Jr. said in the news release. “As we allege today, Asainov left this country to do just that. He turned his back on the ideals we value, and he'll now be made to face our justice system head-on.”

WATCH NEXT: The Aftermath Of The 'Mother Of All Bombs'