A 20-year-old Georgia woman allegedly helped to recruit hackers and propagandists to help getting out messages from ISIS, according to the Department of Justice. 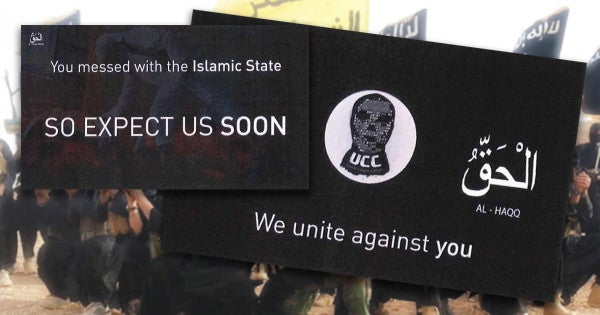 A 20-year-old Georgia woman allegedly helped to recruit hackers and propagandists to help getting out messages from ISIS, according to the Department of Justice.

Kim Anh Vo of Hephzibah, Georgia was arrested on Tuesday morning for “conspiring to provide material support to ISIS,” according to the DoJ release, which alleged that she worked on behalf of the “United Cyber Caliphate” to recruit others and help translate propaganda for the group between 2016 and 2017.

While allegedly working with the group, Vo went by the monikers “F@ng,” “SyxxZMC,” “Zozo,” “Miss.Bones,” “Sage Pi,” and “Kitty Lee,” DoJ said. She faces up to 20 years in prison if found guilty.

The release went on to say that “between January and February 2017, Vo recruited other individuals – including a minor residing in Norway – to create online content in support of ISIS, including a video (Video-1) threatening a non-profit organization based in New York, New York, which was formed to find and combat the online promotion of extremist ideologies.”

“Video-1 contained messages such as, 'You messed with the Islamic State, SO EXPECT US SOON,' followed by a scene displaying a photograph of the organization's chief executive officer and former U.S. Ambassador (CEO), along with the words: '[CEO], we will get you.'”

At one point, after the death of ISIS' hacking ringleader Junaid Hussain — aka “Trick” — Vo was even being considered as a possible next leader of the group, although she declined, according to the complaint.

“ISIS is really the first group that even had a hacking wing,” David Kennedy, a Marine veteran and the founder and CEO of cybersecurity consulting firm TrustedSec, told Tech Insider in 2016. “Al Qaeda to some extent, but ISIS is really one that's taken hold of that.”

ISIS hackers defaced US news stations, French municipality sites, Kuwait's parliament, and even briefly took over the website of International Business Times and Newsweek's Twitter account in 2015, for example. They are also believed to have used cyber methods to uncover the real identities of at least two anti-ISIS activists, who were executed in July of that year.