The U.S. military is being trolled hard by Russia. Through a number of simple internet tricks, American service members and... 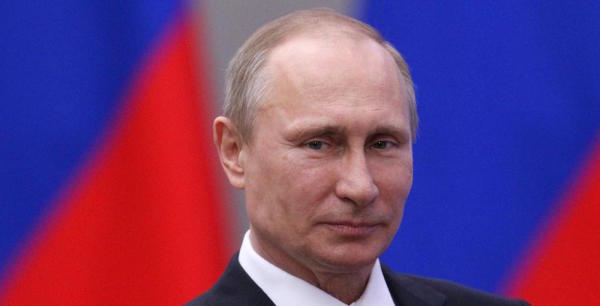 The U.S. military is being trolled hard by Russia. Through a number of simple internet tricks, American service members and veterans alike are playing right into the hands of Russian state operatives — and while you might think that only idiots get lured into scams, you’re wrong.

Pro-Russian and pro-Vladimir Putin sentiment has grown among service members in recent years, according to a new investigative report by Politico, and it’s in no small part due to Russia’s impressive ability to use cyberspace to organically spread positive opinions about the Kremlin and sow distrust of American authorities.

“What Russia is doing across the gamut from our internal audiences to military audiences and others,” Gen. Phillip Breedlove, former Supreme Allied Commander Europe of NATO Allied Command Operations,told Politico, “is quite astronomical.”

There are four very simple ways that the country has managed to cull popularity among American troops, or steal valuable information from them.

Thanks to social media sites like Facebook, it’s easier than ever to connect with people across the globe. For service members, that can mean befriending soldiers a world away — including those in Russia.

Serena Moring, a former military contractor, told Politico that pro-Russian sentiment among soldiers began cropping up last spring, when an unverified story about a Russian soldier who died fighting ISIS in Syria began circulating among American service members on social media. Russian media claimed that the soldier died heroically after being surrounded by ISIS fighters.

U.S. soldiers evidently felt a connection to the story of the self-sacrificing Russian, and according to Moring, “All of the response from the military guys was like, ‘That is awesome. That’s an epic way to die.’ It was a very soldier-to-soldier bond that was created through social media.”

And while it’s evident in the comments sections of articles that there’s a streak of pro-Putin sentiment among service members Breedlove believes it’s just further proof of the infiltration of Russian state operatives.“People popping up on veterans’ sites and singing the praises of Putin, you can guarantee those are trolls and part of the army that’s sitting over there attacking us every day,” he said.

U.S. service members are more susceptible than ever to phishing scams, and Russia has been using that knowledge to its advantage. Politico reports that Russian state actors are purportedly posing as attractive young women, adding service members on Facebook, and luring them into traps to gather intelligence.

The military has previously dealt with domestic incidents of non-treasonous dating scams, like the time catfishers tricked Marines into fake relationships through text messages and emails to and committed wire fraud and identity theft.

But the fact that Russian state actors are the ones carrying out the phishing has far greater implications than petty credit card theft crimes, considering the threat identity theft (and, well, blackmail) pose to national security.

Putin has said he employs an alternative media ecosystem to dismantle the Western media monopoly that shapes the world’s news. A part of that system seeks to cull favor among the American military community. For instance, Veterans Today is a homegrown American site founded in 2003 in opposition to the invasion of Iraq, but n 2013 it partnered with Russia’s New Eastern Outlook, which, according to Politico is a geopolitical journal published by the government-chartered Russian Academy of Sciences. Now, both publish nationalist conspiracy stories.

Readers of Veterans Today are treated to pro-Russia headlines like “Trump Humiliated: Syria Shoots Down 34 of 59 Cruise Missiles, Russia to Upgrade System Soon” and “If NATO wants Peace and Stability It Should Stay Home.”

The publication’s managing editor Jim Dean once described the partnership between Veterans Today and New Eastern Outlook as “marriage made in heaven,” Politico reports.

Russian hacking is one of the most widely debated issues facing America right now. From January 2015 to May 2016, Russian military hacker group known as Fancy Bear managed to infiltrate the Democratic National Convention and publish a massive trove of emails that experts believe changed the course of the 2016 presidential election.

But Fancy Bear doesn’t just target politicians. Of the people targeted by Fancy Bear, 41% were current or former members of the military, according to a report by cybersecurity firm SecureWorks.The group, which explicitly serves Russian state interests, uses spear phishing and malware to compromise targets, before stealing vulnerable data.

The U.S. government is trying now to play catch-up, looking for solutions to protect its cyber infrastructure from external breaches. But it certainly won’t help if service members and veterans continue to be targeted on individual levels. For that, all military personnel need to be educated on how to protect their identities from scammers, especially hot chicks named Svetlana who slide into your DMs wanting to show you nudes.