American kids have Mickey Mouse, the Teacup ride and Pirates of the Caribbean. Russian kids have the storming of the... 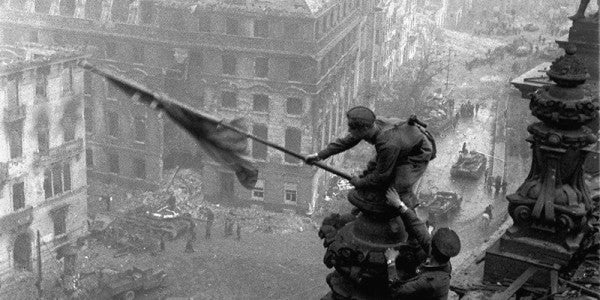 American kids have Mickey Mouse, the Teacup ride and Pirates of the Caribbean. Russian kids have the storming of the Reichstag.

Patriot Park, a sprawling 12-acre military-themed amusement park located in the Moscow suburbs, is home to historical exhibits, a forest guerrilla base, and a cafeteria serving up army rations. Opening soon: a re-creation of the Battle of Berlin.

The Russian military is currently hard at work constructing a miniature copy of the Reichstag, where kids can practice assaulting enemy positions, reliving the bloody moment when the Red Army swept into Germany’s capital at the end of World War II. The photos of Soviet soldiers hoisting the red flag over the building became a symbol of national military pride in Russia.

The mini-Reichstag is just the newest addition to the theme park, located in the Russian suburb of Kubinka, an elaborate playground for a government-sponsored youth organization, known as Yunamaria, which is a lot like the Boy Scouts, but instead of getting merit badges for walking old ladies across the street, members practice fieldstripping AK-47s. The Yunamaria was founded by Russia’s minister of defense, Sergey Shoigu, in 2015, as a way to encourage patriotism among school kids, and teach essential life skills like how take out a fortified machine-gun nest.

The Reichstag was selected not because Russian Federation president Vladimir Putin relishes any opportunity to troll his European rival, Germany — the Reichstag was rebuilt after the war and is now the home to the nation’s parliament — but because Shoigu wanted kids “to storm a specific location, not something abstract,” as he put it.

Presumably the White House would have seemed too provocative.