War. It’s everywhere. And the way things are looking, there’s plenty more of it to come. But that didn’t deter... 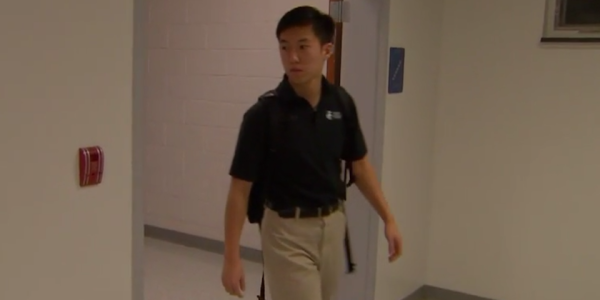 War. It’s everywhere. And the way things are looking, there’s plenty more of it to come. But that didn’t deter 18-year-old Tim Park of Fairfax, Virginia, from applying to not just one, but at least four of the five U.S. military academies. Even more remarkable, he’s received appointments to them all.

Park seems to be wired for warfare. The son of a U.S. Army lieutenant colonel, and the grandson of a Korean War survivor, he made his decision to become a military officer when he was just eight years old. (What were you doing when you were eight? I’ll tell you I was doing: not giving a shit about my future.)

“There was a documentary on the History Channel talking about these four service academies,” Park told Fox5 D.C., “and I thought to myself that day, I want to do that.” And “do that” he certainly did.

Now, a decade later, the super-soldier-to-be has his pick of the litter. Will it be the U.S. Military Academy at West Point, New York? Or the Naval Academy in Annapolis, Maryland? Or The Air Force Academy in Colorado Springs, Colorado? Or the Coast Guard Academy in New London, Connecticut? Only Park knows. But he ain’t telling. Although, he does seem to be leaning toward West Point, out of respect for his soldier-father.

As Paul Szoldra of Business Insider notes, getting accepted into just one military academy is no small feat. Good grades and a compelling essay about the time you volunteered to paint houses in Guatemala simply won’t cut it. Applicants must also receive an official nomination from their congressman (with the exception of the Coast Guard Academy) and nail an interview with an officer at the school.

Wherever Park’s military career takes him, we can all rest assured that the same preternatural qualities that he applied to getting accepted into four prestigious service academies will also be applied to the swift and brutal defeat of our nation’s enemies.

And so I’ll conclude this article with a message to ISIS: Take a long, hard look at that picture of Park. Peer into his cold, remorseless eyes. Hear the sweet, sorrowful music of the cello, which, as a member of his high school orchestra, he masterfully plays. Feel his knuckles on your face. Yeah, he’s a second-degree blackbelt in taekwondo.

Got it? Sweet dreams, motherfuckers.