An attempted robbery ended with one person dead and the other in the hospital and charged with murder when they... 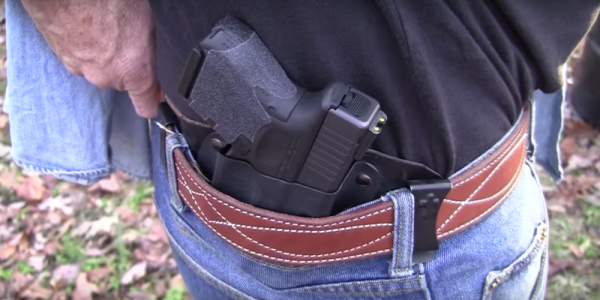 An attempted robbery ended with one person dead and the other in the hospital and charged with murder when they chose the wrong victim, according to Madison County officials.

The attempted robbery, which took place in Venice on Thursday, was thwarted by the intended victim: a 70-year-old veteran with a concealed weapon, according to Madison County State’s Attorney Tom Gibbons.

Venice Police were called to the 200 block of Abbott Street at 10 a.m. Thursday on reports of shots fired. Police found the body of Billy Dickerson, 19, of St. Louis, and a gravely injured Perry Richardson, 23.

Police believe that Dickerson and Richardson attempted to rob two people sitting in a car in front of a residence on Abbott Street. One of them was a 70-year-old St. Louis man, a Vietnam War veteran who was driving a female friend back home.

Gibbons said Richardson pulled a gun on them. The man, who was not identified by police, pulled his own gun and fired at the alleged robbers, striking both of them.

“My guess is that they were shocked that this gentleman was ready to take care of them, when they thought they were taking care of him,” he said. “Even though they had the jump on him, he was clearly better prepared than they were.”

Gibbons said that the man had a Missouri permit to carry a concealed firearm. He said there were multiple witnesses to the incident, and their stories were consistent.

“Self-defense is an inalienable right in a free society, and the right to keep and bear arms is enshrined in the Second Amendment,” Gibbons said. “He was just an armed citizen who was able to defend himself and his friend and stopped what we’re learning was a crime spree by these individuals.”

Gibbons said police believe that Dickerson and Richardson were responsible for another armed robbery just an hour before in Madison County and may have been responsible for more than 20 armed robberies in the last year. Both had extensive criminal records, he said.

“Not only did he save himself, his friend and protect everyone around them. He may have saved another individual’s life, if these people had continued to do this,” Gibbons said.

Upon his full recovery, Richardson will be taken to the Madison County Jail and held without bail. He has been charged with first-degree murder. Under Illinois law, when two or more people are committing a felony and someone dies, the survivors can be charged with murder even when they are not the ones pulling the trigger.

The maximum penalty for first-degree murder is 20 to 60 years in prison, and Richardson would be required to serve 100 percent of his sentence.

“If you come here to commit your crimes, do not be surprised if you end up on the wrong side of a concealed weapon of a law-abiding citizen,” Gibbons said. “We will not tolerate violent crime, and we will defend ourselves, our loved ones and our community from the harm you intend to bring.”