“[W]e recognize this is a troubling problem." 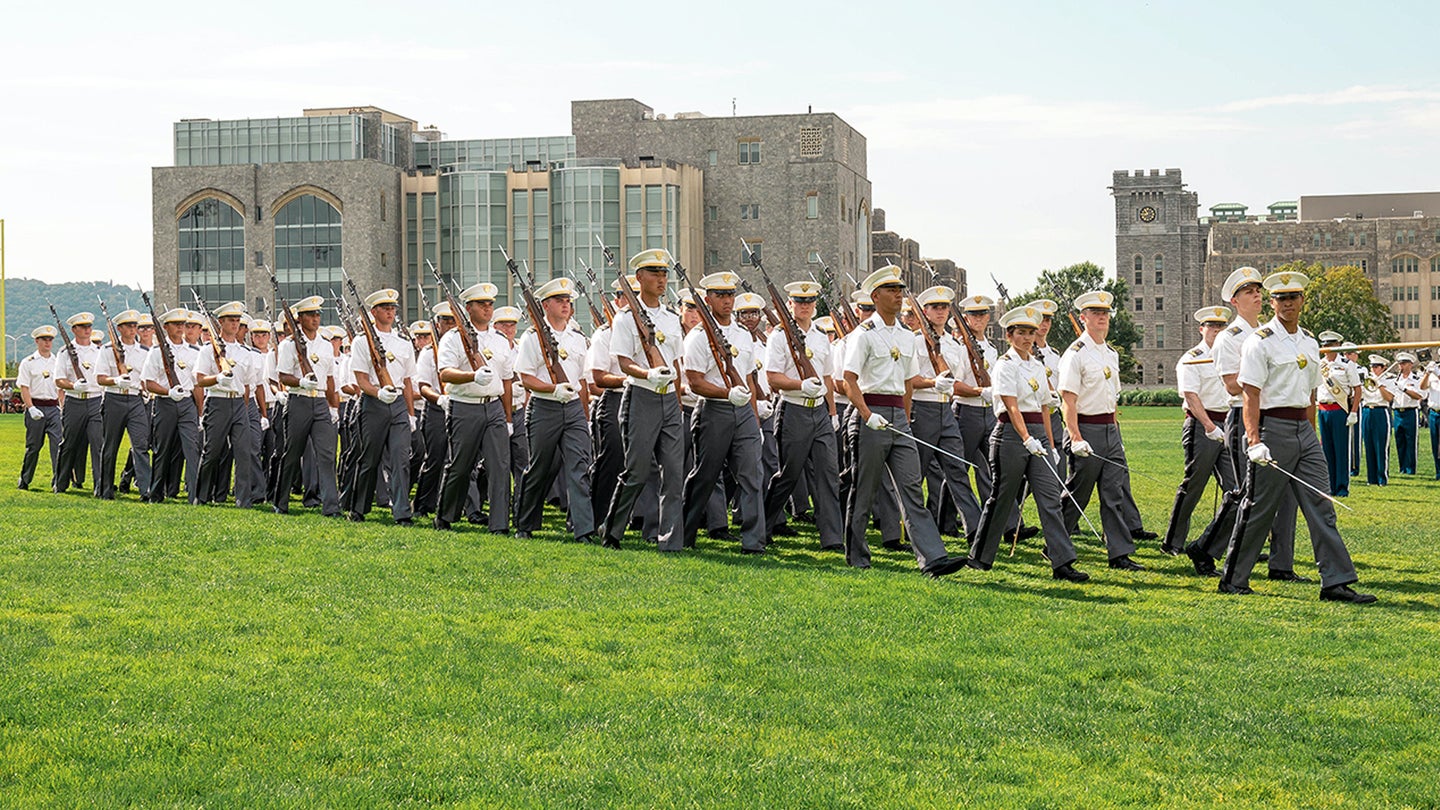 Cadets welcome the Class of 2025 to the ranks during the Acceptance Day Parade at West Point Saturday. (U.S. Army/Class of 2022 Cadet Ellington Ward).
SHARE

Military service academies saw the most reports of sexual assault in the 2020-2021 school year than ever recorded.

New data released on Thursday showed that there were 131 reports of sexual assault from students that happened while they were at the U.S. Military Academy at West Point, U.S. Naval Academy, and U.S. Air Force Academy throughout the 2020-2021 academic year. That is 43 more reports than they received the year before, and the highest number of reports to date since the Pentagon’s Sexual Assault Prevention and Response Office began tracking that data in 2005.

“[W]e recognize this is a troubling problem,” Nate Galbreath, the deputy director of the Pentagon’s prevention and response office, told reporters on Thursday. “It’s a horrible thing to have to experience, and we are here to help make sure it happens less often and that victims get the kind of care and support they need to recover.”

The number of reported assaults has been on a relatively steady incline since the 2015-2016 academic year. While there was a dip in the 2019-2020 school year, resulting in 88 reports of assault versus the 122 reports the year prior, the Pentagon attributed that to an early closure of the academies because of the COVID-19 pandemic.

Among the academies, West Point showed the highest increase in reported assaults, climbing to 46 in 2020-2021 from 23 the previous year.

However, the latest data does not show the prevalence of assault — meaning how often the Pentagon believes cadets and midshipmen are being assaulted. Without that data, it isn’t clear if the rate of sexual assault has stayed the same or decreased, but more people feel comfortable reporting, or if there are more reports of assault because there are more assaults to report.

Those answers will come in a survey and report expected next year, Galbreath said, adding that the data shows sexual assault is “vastly under-reported” — not just in the military, but in civilian communities as well. But the most recent report on the prevalence of sexual assault, conducted in 2017-2018, showed an all-time high of sexual assaults.

Among the reported instances of sexual assault last year were 67 “restricted” reports, which mean cadets and midshipmen reported without wanting to launch an investigation. Of those 67, however, Galbreath said 43 people took the opportunity to report their assault to the Pentagon’s CATCH program. The program allows service members to confidentially report their assault or harassment, while also including information about their attacker. That information is compared to previous reports submitted to the program, with the intent of allowing investigators to spot repeat offenders.

If something like that is recognized with a survivor’s report, those survivors can move their reports from restricted to unrestricted and “participate in the justice process,” Galbreath said.

Galbreath also mentioned that three victims last year requested and received expedited transfers to another academy. Two of the three victims spoke to Galbreath, who said they were “very supportive and complimentary of the help they got.”

The academies’ programs are “very heavily response-oriented,” Galbreath said, adding that they’re typically “very good” at taking care of victims after they report an assault. But much like the military services, the academies need to improve their prevention efforts, which is what “actually moves the needle.”

Another finding in this year’s report was that the most useful training on assault and harassment came in the form of small group discussions, or hearing personal experiences — not large briefings or power points.

Ultimately, Galbreath emphasized that a victim’s decision to report their assault “is a deeply personal one,” and the response and prevention office’s intent is to provide people with choices: Choices of how or if they report, choices on how they recover from their assault, and choices about to what extent they participate in the military justice system.

“Our goal is to field policies, programs, and procedures that meet victims where they are,” he said, “that allow them to make the choices they need to recover.”