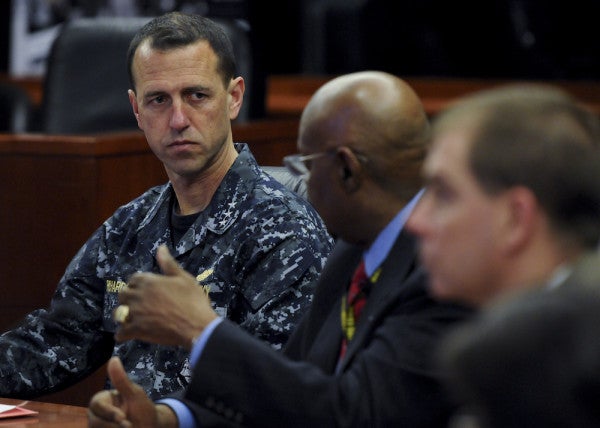 The plan is meant to lower the obstacles to reporting, provide added support to survivors, and prevent re-victimization.

However, the points have a heavier focus on victims post-assault, rather than providing preventive measures.

Much of the language used in the plan includes phrases like “following a sexual assault experience,” “reporting a sexual assault or seeking advice and counsel,” or “if you see something wrong, do something right” — all of which imply that the Navy, through these initiatives, will be better equipped to deal with survivors after the fact.

“It’s a bumper sticker,” said Col. Don Christensen, former Air Force chief prosecutor, who currently serves as the president of the advocacy group, Protect Our Defenders. “Almost everything they’re talking about is what happens after sexual assault.”

“All of what this tells me is that they’re not taking this seriously,” he added.

Navy Times reported that through this initiative, Navy sexual assault survivors could soon be able to request rapid relocation or even expedited discharges to help them reset their lives after the traumatic incident.

For victims who want to change commands to avoid their alleged abuser, Richardson said he planned to work with detailers to ensure that they can never be stationed with that person again.

In an email with Task & Purpose, a Chief of Naval Personnel spokesperson said in order to move forward with the transfer or separation request, a commanding officer will “determine if the report is credible — reasonable grounds to believe an offense constituting sexual assault occurred — based on all available evidence and the advice of the supporting legal advisor or counsel. A presumption shall be established in favor of transferring a service member once a determination has been made that the report is credible.”

Additionally, the commanding officer can use a number of other factors to determine whether or not a transfer is a viable option — including operational necessity, status of the investigation, and nature of the offence.

Still Christensen said, “There’s not a single word in here about holding the attacker accountable.”

One point also included information about reducing binge drinking as a means to prevent sexual assault. However, it does not specify whether the alcohol issue is putting onus on the perpetrator or the victim.

“I’ve had lots and lots of sexual assault cases … sometimes the victim was intoxicated, most of the times they’re not,” Christensen said.

Richardson said that sexual assault has no place in the military, adding, “I want to continue to confront this scourge in our workforce. Until we go to zero we can never be satisfied.”

A2014 RAND Military Workplace study estimated that 20,000 of the military’s 1.3 million active-duty service members were the victims of at least one sexual assault in the past year, comprising 4.9% of women and 1% of men.

Christensen said the fact that the CNO believes zero is even a possibility shows that the Navy doesn’t take the issue seriously.

“No matter what you do, you will never eliminate sexual assault,” he said.

UPDATE: This article was updated to incorporate a statement provided to Task & Purpose by a Chief of Naval Personnel spokesperson. (1/22/2016; 12:11 pm)