Is The Pentagon’s New Survey On Sexual Assault Too Graphic?

In 2012, the results of the defense department’s survey on gender relations in the military caused a national firestorm. The... 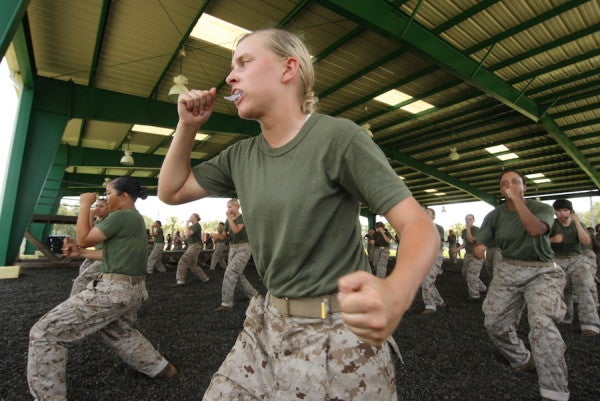 In 2012, the results of the defense department’s survey on gender relations in the military caused a national firestorm. The data indicated that over 26,000 service members experienced “some form of unwanted sexual contact” in the year prior, with 6.1% of women and 1.2% of men reporting incidents.

But for many, the questions in the survey detailing the specifics behind the assaults were lacking. The choices given for responders only covered attempted rape, completed rape, and unwanted sexual touching; neglecting a wide range of possible criminal acts and leaving little room for gray area.

This year, in an attempt to glean more definitive data, the Pentagon contracted the Rand Corporation to undertake a much larger survey of the military concerning sexual assault. But some of the questions of the survey have raised eyebrows and sparked complaints by military personnel, according to a report by the Associated Press.

Active-duty servicewomen and a random sampling of active-duty servicemen have been invited to participate in the survey, with results expected to be released in the Spring of 2015. It also includes some males and females in the reserve components and the Coast Guard, totalling more than 560,000 personnel. It is expected to receive responses in the hundreds of thousands.

But some of the questions involved in the survey are being criticized as too intrusive. According to the AP report, one of the questions posed is “Before 9/18/2013, had anyone made you insert an object or body part into someone's mouth, vagina or anus when you did not want to and did not consent,” among other graphically detailed queries.

Beyond charges of poor taste in such clinical descriptions of traumatic sexual assaults, there is some concern that the nature of the questions will discourage female service members from completing the survey.

“We've had a number of complaints,” Jill Loftus, director of the Navy's sexual assault prevention program, told AP. “I've heard second- and third-hand that there are a number of women, officers and enlisted, who have gotten to the point where they've read the questions and they've stopped taking the survey.”

Anu Bhagwati of the Service Women’s Action Network, a non-profit dedicated to issues affecting female military members and veterans, is also skeptical of the format of the survey.

“In putting together any survey in which you’re hoping to gather information from trauma survivors, you need to be extremely sensitive. Rand really needs to rethink how it put together those questions,” Bhagwati told Task & Purpose. “There is no need to throw service members under the bus in order to get content for a larger survey.”

Defenders of Rand’s hyper-detailed approach have said that with a crime like rape and sexual assault, in order to get accurate data, the questions need to be specific and targeted.

Nate Galbreath, the senior executive advisor for the DoD’s sexual assault prevention office, is quoted in that same AP story as saying that the need for data accuracy should be paramount.

“This is a crime of a very graphic nature. For us to improve our understanding, it sometimes requires asking tough questions,” Galbreath said.

“Research has told us, if I ask someone, 'Have you ever been raped?' they will say, 'No’. If I ask that same person, 'Have you ever been forced to engage in sexual activity against your will?' they might say 'Yes.' It's because of the loaded terms like rape and sexual assault, that it's not very clear to a lot of people what we may be asking about.”

Andrew Morral, one of the Rand project leaders, told the AP that the questions were based on the Uniform Code of Military Justice.

Under military law, there are multiple categories of sexual offences, each requiring certain conditions for charges. Article 120 of the UCMJ lists out how different offenses are defined in dry legalese, ranging from “using unlawful force against that other person” to “making a fraudulent presentation that the sexual act serves a professional purpose.”

To some, these distinctions might be thin, but legally they exist. And according to Morral, differentiating between these crimes through detailed, albeit graphic, questions offers respondents less room for interpretation and less ambiguous results. It is not enough to identify that the military has a sexual assault problem within its ranks; there is a great need to understand exactly what that problem looks like, in order to develop tangible solutions to stopping it. This is an issue that has been pushed to forefront by the 2012 survey and led to Senator McCaskill’s Victim Protection Act passing in the Senate. The bill is still pending in the House.

The military faces the enormous task of balancing an extremely sensitive subject with the need to collect information from a vast number of people, and there may be no good answer to how leadership obtains it. But the need for accurate information exists, and the Rand survey will hopefully close some of those gaps in knowledge about how widespread sexual assault, in all its forms, exists in the military.