Sexual assault in the military is among the most contentious problems facing the American armed forces today. New data resulting... 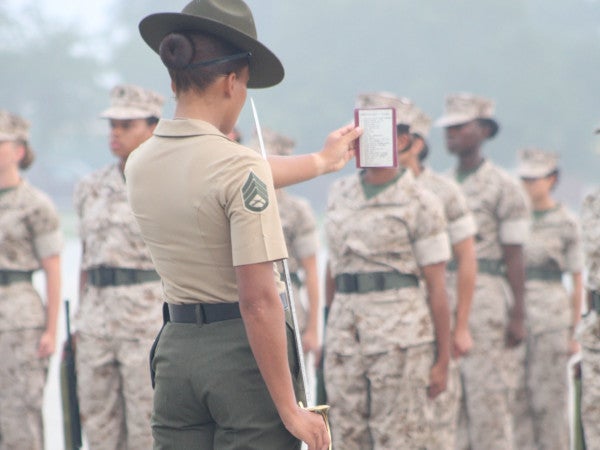 Sexual assault in the military is among the most contentious problems facing the American armed forces today. New data resulting from a comprehensive Pentagon-sponsored report reveals the problem is as serious as ever.

The RAND Corporation, a prominent global policy think tank, recently released the initial results of a massive survey titled the “2014 RAND Military Workplace Study,” which explores the prevalence of sex crimes in the military.

The RAND study estimates there were 20,000 victims of sexual assault in the active-duty military since the start of the 2014 fiscal year, 4.9% of all women and 1% of all men in the service. Far greater numbers endured sexual harassment, with 26% of active-duty women and 7% of active-duty men responding they had experienced military equal-opportunity violations on the basis of sex.

The Pentagon commissioned the survey through RAND after conducting its own surveys on sexual assault prevalence through its Defense Manpower Data Center since 1988.

In 2012, the Pentagon’s survey on sexual assault in the military dominated national headlines and set political and military leaders in action. That report found that there were 26,000 sexual assaults the previous year. High-profile stories like the court martial of Brig. Gen. Jeffrey Sinclair on sexual assault charges or the arrest of the Air Force’s top sexual assault official on suspicion of groping fueled the outrage.

Led by New York Democrat Sen. Kirsten Gillibrand, the Senate came damn close to getting comprehensive military sexual assault justice reform legislation passed a Senate filibuster last year. Around that same time, President Barack Obama announced that he was giving the Pentagon a year to report back to him on exactly what the problem was.

“If I do not see the kind of progress I expect,” the president said in a White House statement this time last year, “then we will consider additional reforms that may be required to eliminate this crime from our military ranks and protect our brave service members who stand guard for us every day at home and around the world.”

The most recent report by RAND was an effort to collect more comprehensive data on the issue of sexual assault in the military, in large part as a result of that pressure. But it was also because of another sort of pressure: A small, yet vocal chorus of voices who claimed that the big 2012 report did not accurately reflect the problem of sexual assault in the military.

That perspective was perhaps best represented by Marine Capt. Lindsay Rodman, a Marine Corps lawyer who penned an op-ed in the Wall Street Journal called “The Pentagon's Bad Math on Sexual Assault.”

Rodman decried the Pentagon’s statistical method of estimating the number of victims, which involved taking the proportion of those who reported they were sexually assaulted, factoring in the rate of those who don’t report, and applying it to the military population.

She also criticized the Pentagon report for the language it used in asking respondents if they had been sexually assaulted. The 2012 Pentagon survey eschewed the language used in the Uniform Code of Military Justice in favor of the term “unwanted sexual contact.”

Here’s Rodman in her piece in the journal, condemning that practice:

That same document outlines the design behind the questions, and states they were deliberately worded to avoid mirroring the UCMJ. Victims of sexual assault “cannot and do not consider the complex legal elements of a crime when being victimized by an offender,” the document states.

The language in the UCMJ on rape and sexual assault contains some difficult to comprehend legalese that doesn’t translate well to a survey of prospective sexual assault victims.

“The vast majority of active duty members would not know the difference between the crimes of ‘Sexual Assault’, ‘Aggravated Sexual Contact,’ or ‘Forcible Sodomy’ described in Articles 120 and 125,” according to the DoD fact sheet.

So asking respondents on a survey “to accurately categorize which offense they experienced would not be productive,” the fact sheet states.

In short, Rodman’s criticisms came from the perspective of a lawyer, not a victim. But regardless of the perspectives behind the condemnations, the details in the RAND report should set them to rest.

RAND overhauled the survey, tossing aside the use of the term “unwanted sexual contact,” in favor of language that specifically referenced details of any sexual encounters. RAND did this in large part “to address specific criticisms of the earlier studies,” according to their own release on the survey.

Some even said RAND went too far in framing the questions. A September story from the Associated Press characterized the RAND survey as “unusually detailed, including graphically personal questions on sexual acts.”

Here’s one of the questions in the survey, obtained by Task & Purpose: “Since 9/9/2013, did you have any unwanted experiences in which someone put his penis into your vagina, anus or mouth?”

There were 11 such graphic questions in the 34-question survey. RAND also provided a random sample of respondents the same style of questionnaire the Pentagon had used in 2012 with the language on “unwanted sexual contact.”

“This allowed RAND researchers to compare the prevalence of ‘unwanted sexual contact’ (the definition from earlier studies) and sexual harassment in 2014 to the prevalence measured in 2012, 2010 and 2006,” the RAND release states.

And spoiler: the RAND report found that the prevalence of violent, penetrative sexual acts were actually higher than Pentagon estimates. Of the 20,000 victims of sexual assault in the military in 2014, an estimated 43% of women and 35% of men experienced a penetrative assault, a category that includes rape and omits attempted rape, attempted penetration, and attempted sodomy, according to RAND.

RAND also underwent a massive sampling that should put to rest claims that the data was too broadly extrapolated. Every single woman on active duty in the armed forces and 25% of men received the survey, a total of 560,000 people. Roughly 30%, or 170,000 people, actually responded. This in a military with 1.36 million active personnel. By comparison, well-respected political polls regularly survey only 1,000 people and extrapolate that data to a population of more than 300 million.

Even setting aside for a moment the enormity of the sample size, a 30% response rate alone is through the motherfucking roof. An exploration of response rates in the 2014 midterm elections by the stats wizards at FiveThirtyEight found that the average response rate in those polls was around 10%.

All of this goes to say that the data that RAND compiled on sexual assault in the military is very, very, very good. So what did we learn from it?

We know for sure that the high numbers of sexual assault in the military is not a data problem.

We know that the numbers of violent sexual assault are in fact higher than we thought, and we should decry the false narrative that something like a hug is being conflated as “unwanted sexual contact.”

We know that the percentage of victims who report their crime increased by 8%. That’s good, but Pentagon officials are putting far too much emphasis on this as a sign of improvement.

Because we also know that 62% of women reported experiencing professional retaliation after coming forward and reporting that they were sexually assaulted.

RAND’s survey is monumentally important to understanding the military’s problem with sexual assault. But we need more than reports and surveys to tackle the problem of sexual assault in the military — we need action. And anyone who obscures the prevalence of the problem or says that things are on the right track is in the way.