War has played a critical role in our nation’s history, but over the years authorizing war has significantly changed. If you’ve ever... 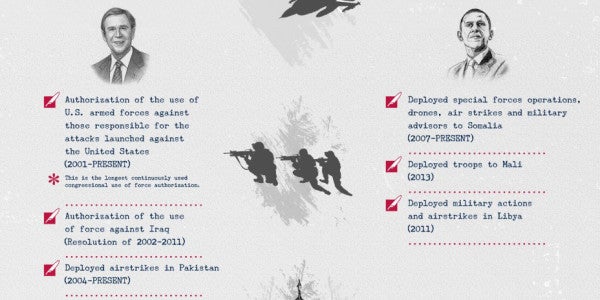 War has played a critical role in our nation’s history, but over the years authorizing war has significantly changed. If you’ve ever been confused about who actually has the power to declare war — the last time that happened was World War II — or what the difference is between a declaration of war and an authorized use of military force, this graph may shed a little light.

Related: Lee Vs Grant: The battle of 2 Civil War titans »

The infographic below was created by New England College’s online Master of Arts in Public Policy Program, and illustrates how the ability to send the nation to war has drifted away from Congress and into the hands of the Office of the President.