The Most Interesting War Tactics Of All Time, According To The Internet

The history books are full of examples of unconventional and surprise military tactics. A recent Reddit thread entitled “What was... 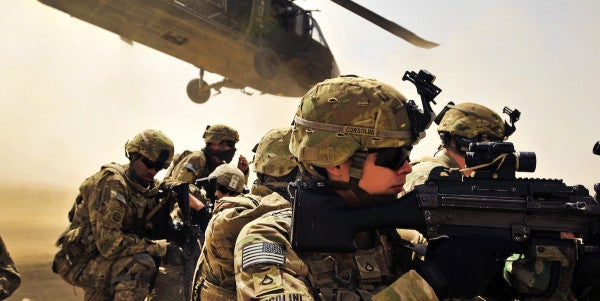 The history books are full of examples of unconventional and surprise military tactics. A recent Reddit thread entitled “What was the most interesting war tactic ever performed in history?” was full of unbelievable stories, so naturally, we wanted to share a few.

Related: 5 opinions on military life that change when you become a veteran »

Out of the top-rated war tactics in this thread, we took the most interesting and edited them for profanity and clarity below.

How the Brits helped German soldiers malinger, from u/Timparty.

During World War II, the United Kingdom air-dropped matchbooks over enemy lines which contained instructions on how a soldier could fake illnesses to get sent home.

Once Nazi leadership caught wind of this, they stopped sending home troops who claimed to be ill. Not only did this trick end up getting healthy troops sent home, it eventually ended with genuinely sick soldiers being sent back into combat where they spread real disease among their ranks.

The French cavalry unit that charged a Dutch naval fleet and won, from u/Verteros1.

On Jan. 23, 1795, during the French Revolutionary Wars, a large number of Dutch warships were docked at Den Helder, a port-city in the Netherlands. It was a particularly cold winter and rather suddenly the dock froze over and the ships were trapped. A French cavalry regiment saw this and decided that they would charge the ships. They wrapped cloth around the hooves of the horses to soften their blow against the ice and charged the Dutch as they slept. They took every ship with no casualties.

This is the only instance in history of a cavalry charge against a naval fleet.

Scipio Africanus ran a “shell game” on the Carthaginians, from u/Spoon99.

Here’s a simplified version of the tactic Scipio Africanus used against the Carthaginians at the Battle of Ilipa.

Both the Romans and the Carthaginians had armies composed of their well-trained, homegrown soldiers and not-so reliable Iberian allies, roughly half/half for each. For a few days the two armies were camped close to each other and would come out during the day, form up, and dare the other to attack.

Scipio always put his legionnaires in the centre and positioned his Iberians on the wings. The Carthaginians were like 'that makes sense' and did the same with their army. So they stared at each other like that for a couple of days.

On the day of the battle, Scipio had his men ate well before dawn, got ready and formed up outside the camp, but this time he reversed his formation and put the weaker Iberians in the centre and the legionnaires on the wings. Then he signalled the attack, and the surprised Carthaginians ran out of their camps and automatically formed up the way they had the last few days, assuming that Scipio was up to his usual shenanigans.

By the time anyone saw the change in tactics, it was way too late, and the legionnaires tore through the weaker Carthaginian wings and turned on the enemy centre before the Roman centre had even closed with its counterpart. The Carthaginians were all routed and surrounded before their generals could do anything to save the day.

Scipio Africanus went on to be the only general to defeat Hannibal in a land battle.

The Viking king who feigned death, from u/LuxDeorum.

A famous Viking, and later King of Norway, Harald Hardrada, pretended to die when injured during a siege. He came up with a plan to break the siege and enter the city. He had his men ask the city’s leaders for permission to bury their leader inside the wall. The city capitulated so long as they didn't bring weapons inside. So, Harald climbed into a coffin in full armor and was carried through the gates. When the time was right, he burst out of his own coffin, fought his way back to the gates, opened them, and took the city.

The Australian commander who deliberately shelled his own troops, from u/Panzerkampfwagen.

During the Pacific Campaign of World War II, Australian troops were fighting against Japanese forces that had landed on Papua New Guinea. An Australian commander decided that when his men attacked a Japanese fortified position, he’d tell them that the artillery would cease one minute earlier than he actually planned it. This would be so his troops would reach the Japanese defensive position with one minute left in the artillery barrage. His reasoning was that the friendly artillery would cause fewer casualties among his forces than the Japanese would if given a chance to get back in position.

One of the officers actually leading the attack came to the same conclusion and had his men attack one minute earlier. This resulted in them attacking through their own artillery barrage for two minutes.

It worked. The Japanese were overrun, having no idea what was going on or why the Australians decided to run into combat under their own guns.