5 Things To Pack If You’re Deploying To Helmand

As a Marine veteran who served in Helmand province, Afghanistan, during the surge, seeing it pop back up in the... 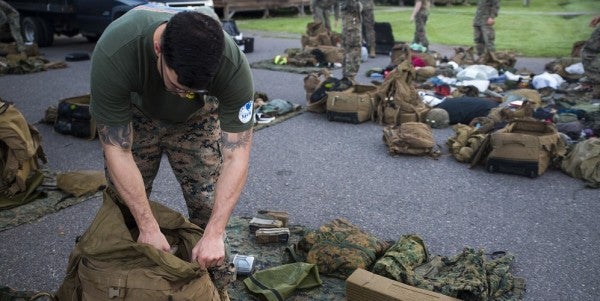 As a Marine veteran who served in Helmand province, Afghanistan, during the surge, seeing it pop back up in the headlines provides a strange and bitter sort of nostalgia. Especially after the announcement that the U.S. military will be sending additional troops to the beleaguered south in an attempt to help the Afghan military hold ground against the Taliban advance.

For thetroops who are heading there now, and especially those who have not yet to serve in that arid, occasionally beautiful and often unforgiving province, I’ve got a few suggested additions to your packing list.

When I was packing for my first deployment, I didn’t realize until too late how much of a difference a few creature comforts can make, and since most of the gear on here won’t be shipped to you by chance, I suggest you bring it yourself.

Related: How to pack the ultimate care package »

While none of this is life saving, these items can certainly improve your quality of life and maybe let you forget you’re stuck on an endless beach with no water. At least for a short while.

Being able to rest your weary and sore ass is important. Life saving? Hell no, but it makes playing a game of spades on an overturned MRE box easier. Tripod camping stools break down easily and take up minimal space. When packed up, they’re about a foot long and the width of a poster tube. They offer good stability, but the seat is a rounded triangle, which can put your junk in a bit of a pinch. There are also square foldout camping stools, but those don’t break down as well, that are roughly the same dimensions as a binder and just as thick. Find one that works for your needs, whether it’s packing space or stability.

Look, I’m an addict. I go ape shit for caffeine and I know I’m not alone. If you’re like me, consider a plastic french press. If you have a decent brew — ask friends and family to send pre-ground coffee — then you just need a way to heat your water. You can usually pick up a rusty, and likely unsafe, though still useable, propane tank from a local shop or vendor for under $20, if your terp doesn’t stiff you. If a french press is too snobby, get a plastic drip coffee maker, though you’ll probably end up using MRE napkins, or worse, toilet paper, for filters.

You may be out in the boonies, but it doesn’t mean you have to live like a caveman if you don’t want to. While most solar chargers won’t have enough juice to power a laptop, they can run a tablet, for a bit, and fully charge an iPod, or a Zune if anyone even uses those anymore. This means means your movies, music, or your 500 gigs of porn don’t have to go unappreciated. They range in price from the questionably affordable, to the outrageous. In my experience, the ones that fold out to a one to two foot long rectangle work best, and you can tack it to the side of a hesco wall, or hang it on a nail while standing post. Might as well get some use out of the blazing sun.

I lucked out on my first deployment and got a pair of USB-powered speakers in a care package. The sound was mediocre, but they were great because I could charge them on a computer — even one on a secure network, since it wasn’t a storage device — and they plugged into a headphone jack. This meant they could be used with an MP3 player, a laptop, a tablet, and anything else with a audio plug-in.

A multi-tool is what you’d get if the Terminator and a Swiss Army knife had a kid. It has everything. The good ones have a great set of pliers; a half dozen different kinds of knives; a screwdriver, phillips and flathead; a can opener; and probably something else I’ve forgotten. It’s just generally useful. You can crimp leftover hesco wire into hooks to hang things on, pry open cans of food that you got in a care package, and stab the hell out of a veggie burger MRE if you’re having a bad day.

There are a few downsides. They can get pretty expensive as they go up in quality, especially the Leatherman multi-tools, and to make matters worse, it’s a high theft item, meaning if you leave it on top of your flak or your rack, someone’s liable to jack it. Finally, unlike a Swiss Army knife, it doesn’t come with a toothpick.