President Donald Trump announced Wednesday that Gov. Tony Evers has agreed to accept federal policing assistance in Kenosha as the city braces for a fourth day of racial unrest 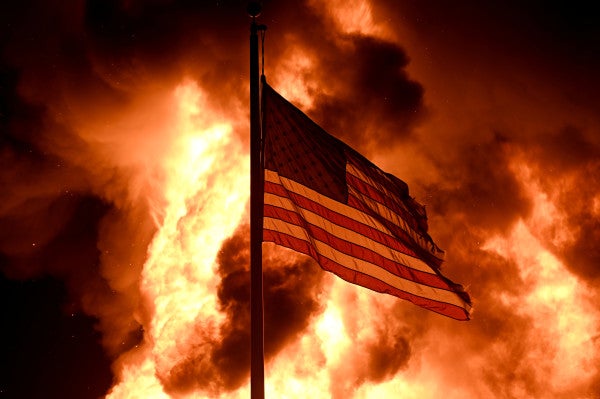 President Donald Trump announced Wednesday that Gov. Tony Evers has agreed to accept federal policing assistance in Kenosha as the city braces for a fourth day of racial unrest.

Evers issued a statement about a half hour later announcing he is doubling the number of National Guard members in Kenosha for the second day in a row, for a total of 500.

Evers said Guard members would only be used “to provide support to local law enforcement and to protect critical infrastructure and cultural institutions necessary for the well-being of the community, and to provide support to first responders such as the Kenosha Fire Department. The Wisconsin National Guard may not be used to impede the ability of people to peacefully protest or impede the ability of the media to report on this situation.”

The announcement came after Assembly Speaker Robin Vos blamed the killing of two people in Kenosha late Tuesday night by what appeared to be a vigilante gunman on Evers not deploying enough National Guard members to address protests spurred by the police shooting of Jacob Blake.

“That is entirely on Gov. Evers' shoulders because he refused to do what the locals asked for,” Vos said Wednesday in an interview on WISN radio.

Evers did not immediately respond to a request for comment on Vos' statement. But just after noon President Donald Trump tweeted that he had spoken with Evers and that the governor would be accepting federal assistance.

“We will NOT stand for looting, arson, violence, and lawlessness on American streets,” Trump tweeted. “My team just got off the phone with Governor Evers who agreed to accept federal assistance (Portland should do the same!)… …TODAY, I will be sending federal law enforcement and the National Guard to Kenosha, WI to restore LAW and ORDER!”

Protests over the death of Blake, who was shot multiple times in the back by police responding to a domestic incident on Sunday, turned violent in downtown Kenosha for the third straight night Tuesday.

Evers initially called up 125 Wisconsin National Guard members to assist local law enforcement on Monday, and then doubled that number for Tuesday after more than 30 buildings were damaged or destroyed. But Evers on Tuesday turned down an offer from Trump to provide additional support from the Department of Homeland Security, the Milwaukee Journal Sentinel reported.

Kenosha Police said at about 11:45 p.m. that a shooting in the area of 63rd Street and Sheridan Road resulted in two fatalities and a third gunshot victim who was transported to a hospital with serious, but non-life threatening injuries. No further details were released.

A video of the incident shared widely on social media shows a white man with a long gun running through the streets amid protesters and then falling to the ground, at which point he opens fire. The man then gets up and runs toward a line of police vehicles with his hands up as bystanders shout that he was the shooter.

Video shows people running in the street and people falling to the ground as shots ring out. In another video, the man is seen running, holding his rifle and talking on his phone — he can be heard saying “I just killed somebody” as he ran.

It was unclear Wednesday morning whether anyone was in custody for the shooting.

Sen. Van Wanggaard, R-Racine, said in a letter to Evers Wednesday the two deaths could have been prevented. He said the Kenosha County Board on Tuesday night asked for 1,500 National Guard members to assist Wednesday, and implored Evers to reconsider Trump's offer.

“Without massive resources, violence will only escalate,” Wanggaard wrote.

Wanggaard also criticized Evers for not accepting the offer of federal assistance, calling “disgusting and insulting.”

“Asking for resources for COVID, but refusing assistance for Kenosha is unconscionable and a slap in the face to every resident of Kenosha,” he wrote. “When your house is on fire, you do not refuse your neighbor’s hose to help douse the flames because you are also hungry. Two people are dead tonight in Kenosha because of Wisconsin’s inability to control the riots.”

Republicans have widely condemned Evers for not calling for calm on Sunday night in the immediate aftermath of the Blake shooting. Instead his message focused on justice for Blake. He has since called for protests to remain peaceful.

Vos said the episode is “an example of how picking the right leader for the right time really matters.”

“We have a feckless governor who does almost nothing, even at the request of local elected officials who are by and large Democrats,” Vos said. “He ignores them and now people are literally dead because people had to take to themselves to protect their own property.”