No, the National Guard isn’t planning a national quarantine or imposing martial law

Despite persistent rumors that martial-law is around the corner, the National Guard is not being mobilized to enforce a nation-wide quarantine. 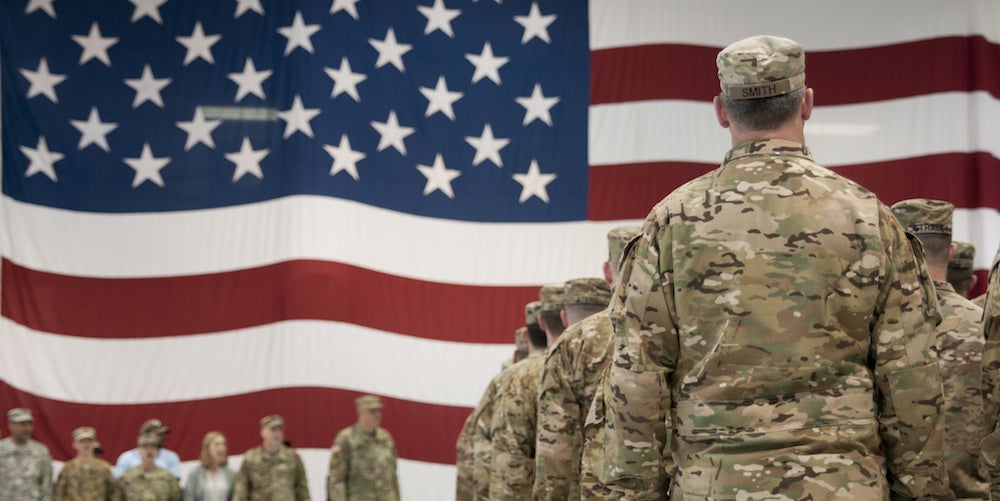 As the number of National Guardsmen mobilized to fight the novel coronavirus (COVID-19) continues to rise, the head of the National Guard Bureau once again assured people that there are no plans to enforce a national lockdown or martial-law.

“There is no discussion, there is no plan to use National Guard in Title 32 – or state active-duty status – or in any other status to do quarantine or enforce shelter in place operations,” Air Force Gen. Joseph Lengyel told reporters on Tuesday.

The Posse Comitatus Act, which prevents federal troops from enforcing civilian laws on U.S. soil, does not apply to National Guardsmen who have been mobilized by their states, Lengyel said during a Pentagon news briefing.

That means that National Guardsmen can be used to augment police by performing a law enforcement function, he said.

Should National Guardsmen be called upon to assist police as part of efforts to slow the spread of coronavirus, they would likely be matched up with civilian law enforcement agencies and serve under local authorities, he said.

“That has not happened yet, but when we do civilian law enforcement, we generally do it under the control and in support of the local legal authority of whatever community we’re working in,” Lengyel said.

As of Tuesday, more than 9,000 National Guardsmen have been mobilized across the country to provide medical testing, screening, engineering, command and control, and other assistance to civilian authorities, he said.

To confirm what others have pointed out: these are new Joint Light Tactical Vehicles being transported by @USArmy Materiel Command from the factory in Oshkosh to Fort Bragg, NC. These deliveries by train to our bases nationwide are not infrequent and have nothing to do w COVID-19 https://t.co/6RNYfgAYhV

Like antibiotic-resistant bacteria, rumors that the U.S. military in general and the National Guard in particular would enforce a coronavirus quarantine have persisted despite several official statements to the contrary.

Both the Illinois National Guard and Pentagon spokesman Jonathan Hoffman recently issued statements about videos circulating on social media showing military vehicles on a train headed to Chicago, saying they were not part of a National Guard invasion to lock the city down.

“These are new Joint Light Tactical Vehicles being transported by @USArmy Materiel Command from the factory in Oshkosh to Fort Bragg, NC,” Hoffman tweeted on March 21. “These deliveries by train to our bases nationwide are not infrequent and have nothing to do w COVID-19.”

Task & Purpose asked Lengyel on Tuesday why many Americans still believe that the mobilization of the National Guard is a precursor to martial law.

“Why are these rumors out there? I don’t know,” Lengyel replied. “I’ve seen people portray video clippings of trains with Humvees and equipment rolling down the railroad tracks and making comments that that was mobilization of National Guard to move into big cities and quarantine the places. It's just not true.”

“Some of it is just social media doing what they do,” he continued. “Some of it may be bad actors around the world trying to portray unrest and bad information.”

Lengyel also declined to answer a question about whether President Donald Trump has the power to federalize the National Guard and use it for law enforcement by invoking the Insurrection Act.

“I don’t think that’s even in the realm of the possible, so I’d rather not even address that,” he said.