Three people living on a remote island in Maine called the Coast Guard after several people with guns cut down a tree and used it to block a driveway in an attempt to quarantine those inside. 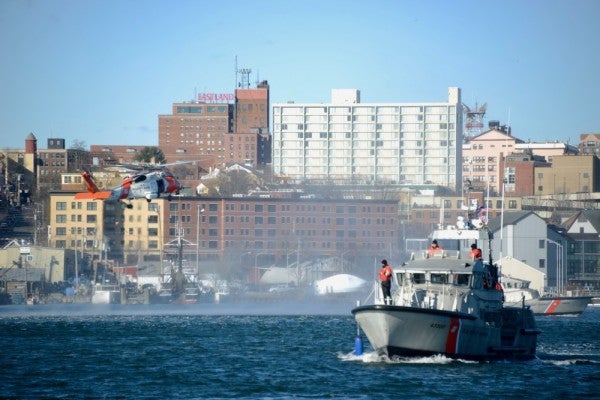 In some parts of the country, fear of COVID-19 may be spreading faster than the virus itself: three out-of-state residents living on a remote island in Maine called the Coast Guard on Friday after several people with guns cut down a tree and used it to block a driveway in an alleged attempt to quarantine those inside.

The three residents had been living on the island of Vinalhaven, which is usually accessible only by a 75-minute ferry ride, for about 30 days, the Knox County Sheriff’s Office said in a statement. One of the residents left the house at around 3:35 p.m. on Friday to find out why his cable service wasn’t working, the sheriff’s office said, and when he got to the end of the driveway, he found a tree blocking the end of it.

“While investigating the downed tree, a neighbor started yelling at him and a group of people showed up and began to gather around,” the sheriff’s office said. “Believing the group may be there to harm him, [he] fled to his residence and told his roommates what he had found.”

The trio decided to stay put and use a VHF radio to call the Coast Guard for help, as they had no other means of communication, the sheriff’s office said. The Coast Guard then passed word to local deputies, a Coast Guard spokesman told Task & Purpose on Monday.

In the meantime, the trio used a drone “to keep an eye on the group until law enforcement could arrive,” the sheriff's office said.

Deputies and members of the Maine Maritime Patrol then responded to the scene, as reported by The Bangor Daily News. They found the felled tree but no group of people, the sheriff's office said, though it was apparent that the tree had been placed in the road in order to block it.

“[T]here is a general belief by some island residents that the Cripple Creek Residents are supposed to be quarantined because they came here from another state and could have COVID-19,” the sheriff’s office said. However, deputies found that the trio had been living on Vinalhaven for about 30 days, and none had any of the symptoms that usually emerge within two weeks of contracting the virus.

'A tremendous waste of resources'

While deputies are continuing to investigate the incident, the sheriff’s office said it was concerned “that some believe that anyone from out of the state is potentially infected and needs to be quarantined.”

“We want to bring to the public's attention the matter of restricting a person's movements within the state,” the office continued. “Whether someone is a Maine resident or not, they have the right to free movement and anyone who infringes upon that free movement is potentially violating the law.”

As reported by The New York Times, states from Florida to Alaska and Hawaii have issued warnings or even bans on visitors, sometimes to New Yorkers in particular. People are afraid, but does that mean putting a tree trunk in someone’s driveway is okay? Not at all, said Vinalhaven’s state representative, Genevieve McDonald, who condemned the incident as “A TREMENDOUS WASTE OF RESOURCES.”

“Now is not the time to develop or encourage an ‘us vs. them’ mentality,” McDonald wrote on Facebook, where she also said that the trio of residents allegedly targeted on Friday were from New Jersey.

“Targeting people because of their license plates will not serve any of us well,” she said. “Every person, whether local or from away, who leaves the island and comes back puts their community at risk.”

“Stay home, wash your hands, don’t talk to strangers, and don’t waste the time of our first responders,” McDonald concluded.