‘I survived the foxholes of Guam, I can get through this coronavirus bullsh*t,’ says 95-year-old vet who battled COVID-19 and won

Bill Kelly made it through the Great Depression, and served in the Pacific theater of World War II. And on March 17, the 95-year-old Oregon veteran tested positive for COVID-19, which he promptly kicked the crap out of. 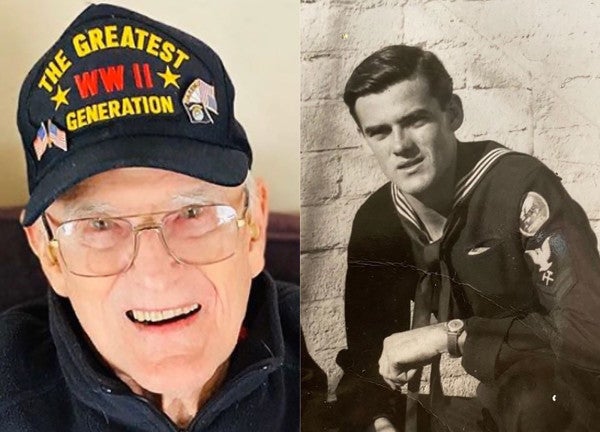 Tough as nails is one way to describe Bill Kelly.

He made it through the Great Depression, and served in the Pacific theater of World War II. And on March 17, the 95-year-old Oregon veteran tested positive for the novel coronavirus (COVID-19), which he promptly kicked the crap out of, according to a Facebook post from his granddaughter, Rose Ayers-Etherington.

After Kelly came down with a fever on March 15, he was admitted to the hospital, and stayed there overnight due to concerns over a number of underlying health issues — kidney disease, high blood pressure, and congenital heart disease.

Two days later, Kelly tested positive for the deadly virus, a diagnosis which he appeared to take in stride.

“In his words — 'I survived the foxholes of Guam, I can get through this coronavirus bull****,'” reads Ayers-Etherington's March 21 Facebook post.

By Monday, after two weeks of being quarantined at home with his four relatives, including Ayers-Etherington, Kelly had fully recovered, The Oregonian reported on Tuesday.

Even as he spent most of his time isolated in his room, Kelly did his best to keep his spirits up throughout the ordeal, remaining “as chipper and sassy as ever,” Ayers-Etherington wrote in the post, in which she added she was “in no way downplaying the seriousness of this disease. It’s real and it’s here and it needs to be respected.”

Rather, she said that she hoped Kelly's story would encourage others.

“He has seen tough times and knows how to get through them,” reads the post. “His advice? 'Always be grateful. Thank God continually for what he has blessed you with. Don’t get caught up in the peripheral things of this earth, because everything can disappear, just like that. Family is most important. Stick together, take care of each other.'”