What it’s like to survive COVID-19, according to the first known US service member diagnosed with the virus

“It definitely let me know that the people I work with are in my corner at all times, no matter what the situation is.” 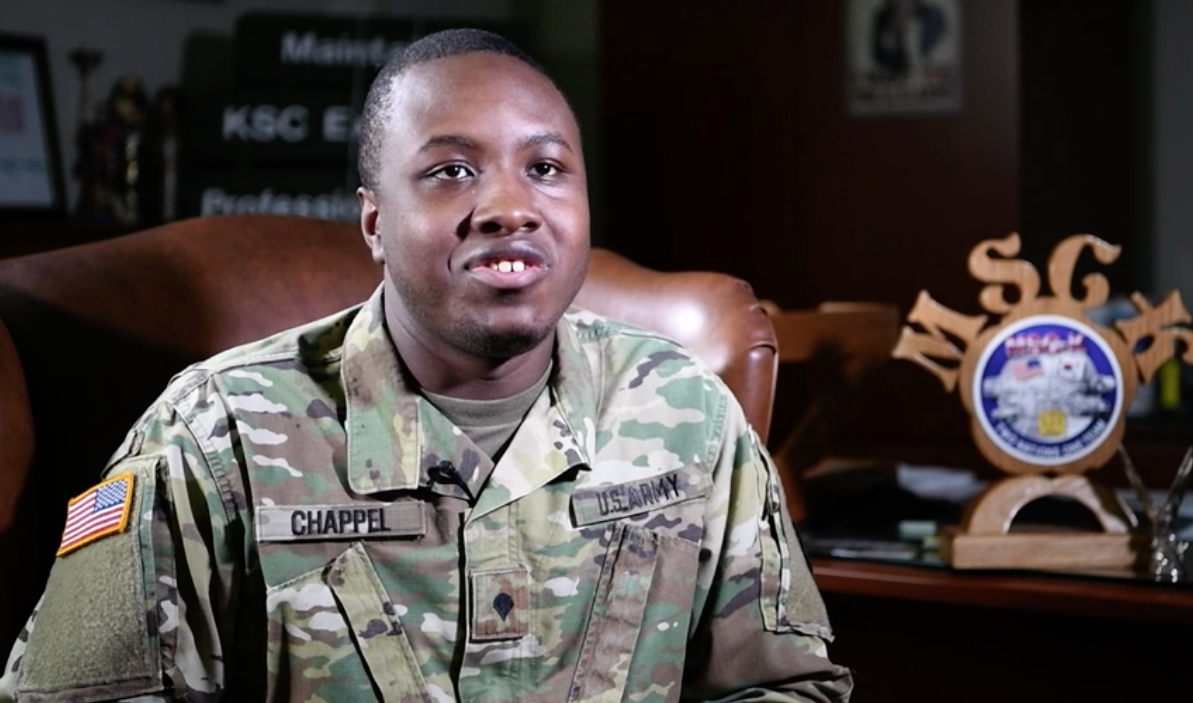 There are a lot of 23-year-old soldiers serving with the U.S. Army in South Korea. But somehow, when the Army announced on February 25 that one of them was the first known service member to test positive for novel coronavirus (COVID-19), Spc. De’ontae Chappel’s mother knew it was him.

“She called me on the way,” to the hospital, Chappel recalled, “She was like, ‘son, you have it.’”

Chappel was shocked that she knew.

“I’m wearing a face mask and everything, I’m in the back of ambulance, so I couldn’t lie,” he said. “I’m just like ‘how did you know?’ There are so many 23-year-old soldiers in Camp Carrol. But I guess a mother’s intuition just struck in her.”

Two months later, as the total number of active-duty cases approaches 4,000, Chappel has made a full recovery from COVID-19. The specialist was interviewed in a video released on Thursday that was made by Navy Petty Officer 1st Class Demetrius Kennon, Petty Officer 2nd Class Daniel Willoughby, and Army Spc. Lamont Shavers.

Chappel credited his Army training with preparing him to “keep level-headed, and not think worst-case scenario,” he said. “I didn’t let what was going on in the media make me think the worst.”

“I’ve been in some pretty scary situations where I’ve been in the hospital, feeling like the worst,” he added, “but this wasn’t that time.”

Still, even Chappel couldn’t help but worry when his wife and young daughter also tested positive for coronavirus. Though it’s still unclear how they contracted the virus, Chappel blamed himself.

“I felt like I didn’t do my part to keep them safe in a way,” he said. “Not that I wasn’t practicing the proper procedures around them, but I felt like I exposed them to it … in my mind it felt like I was harming my own family. It was something that triggered in me that did have me worried and scared.”

The young soldier didn’t lose hope, but he said every day he got conflicting test results about whether or not he still had the virus.

“I was positive one day, negative the next,” he said. “I lost count of how many times I got tested.”

In the meantime, Chappel was awed by the support he and his family received from his unit, from the hospital staff, and from friends and family. The soldier described himself as a self-sufficient person, but he really appreciated the help.

“I think our hospital room got flooded with toys for my daughter,” he said. “It definitely let me know that the people I work with are in my corner at all times, no matter what the situation is.”

When he was finally cleared earlier this month, Chappel knew exactly how he wanted to celebrate.

It was also nice to not have to get tested anymore, Chappel said. He was especially happy to never receive the up-the-nose coronavirus test.

“I think that was the best thing,” he said.

Hopefully, the military will soon have many more recovery stories like Chappel’s. In the meantime, the soldier advised everyone to stay on top of their health.

“Never think it can’t happen to you,” he said. “Take your health seriously. That’s one thing I didn’t do before this situation, and it was a complete eye opener to me.”