The soldier spent 49 days in isolation 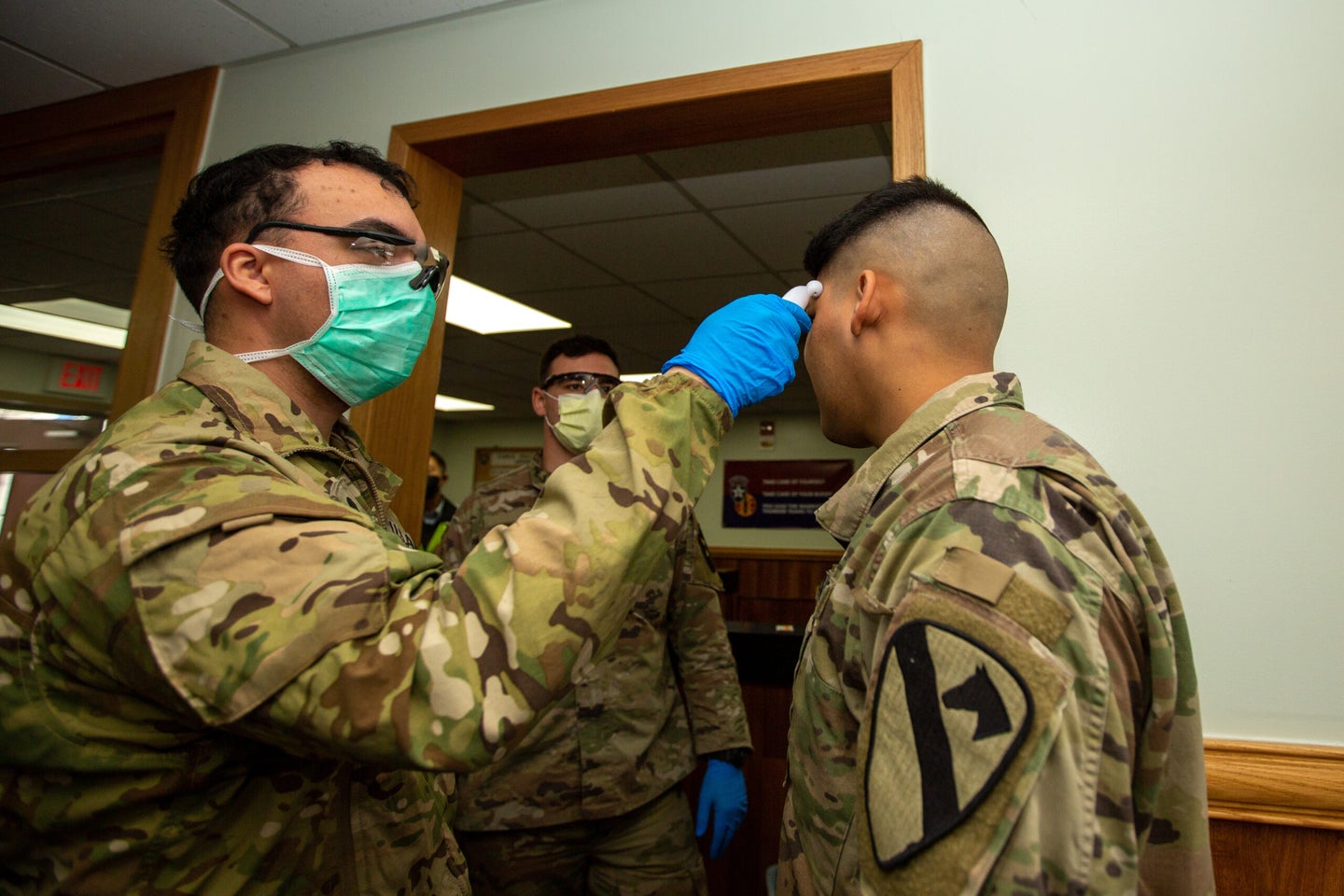 The first U.S. service member to test positive for the novel coronavirus (COVID-19) has made a full recovery.

The 23-year-old soldier stationed at Camp Carroll in South Korea was declared “virus-free” this week, according to a U.S. Forces Korea press release on Thursday.

The soldier spent 49 days in isolation after being diagnosed in February and was only deemed recovered after not showing any symptoms for more than a week, being fever-free without the use of fever-reducing medication, and testing negative on two separate COVID-19 tests administered 24 hours apart.

The soldier has since returned to his off-post residence “where he awaits his chain of command's decision to determine when he will return to duty,” according to the release.

Since March 15, 10 other U.S. and Korean national dependents and civilians associated with USFK have been declared virus-free, the release says.

South Korea was initially a hot zone for the virus, prompting a strong response from USFK that the rest of the military has looked to as an example for shutting down the virus' spread.

On Wednesday, the city of Daegu was “no longer a Hot Spot off-limits area,” according to a tweet from USFK.

“USFK remains at a high level of readiness with only two active duty service members who’ve tested positive for COVID-19, and continues to maintain a robust combined defense posture to protect the Republic of Korea against any threat or adversary while maintaining prudent preventive measures to protect the force,” the command said in the release.

As of Wednesday, there were 2,486 total current positive cases of COVID-19 among U.S. troops around the world.