They were born premature in South Korea. In the midst of a pandemic, a joint military effort got them back to the US

Talk about some much-needed good news. 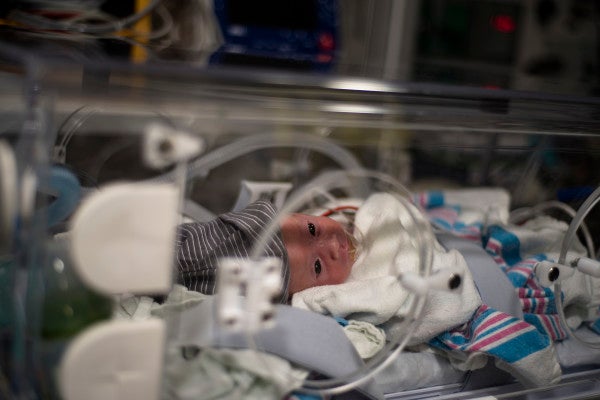 If you're anything like me, you needed some good news when you woke up this morning.

Lucky for you, I have just the thing: A joint military effort helped evacuate premature twins born to two soldiers out of South Korea, and back to the states for medical treatment, in the middle of the novel coronavirus (COVID-19) pandemic.

The twins, Parker and Laine, were born 10 weeks early to Army Pfc. Cheyenne Evans and Spc. Cody McFall on February 17 at the Yeungnam Medical University Medical Center in Daegu, according to Military Times. Evans and McFall, assigned to the 188th Military Police Company at Camp Walker, both tested negative for the virus.

Per Military Times, the twins were moved from the medical center's neonatal intensive care unit to Osan Air Base, “where they met a specialized group of medical personnel from the Air Force's 18th Aeromedical Evacuation Squadron, based out of Kadena Air Base in Japan.”

From there, a C-17 Globemaster III flew them to Joint Base Andrews in Maryland, with their final destination being Walter Reed National Military Medical Center. They are expected to arrive late Monday.

“We have to move them across to the other side of the world, and this is truly a joint effort,” Col. Joseph Hudak, deputy commander of Camp Humphreys Clinic Services, said in a video posted on Facebook by Osan Air Base. “This is an Air Force critical care team moving an Army family to a Navy hospital, and we're doing it seamlessly in the middle of a pandemic.”

Correction: This article has been updated to better reflect the timing of the airplane's arrival in the United States.