An A-10 Thunderbolt II accidentally fired off a non-explosive munition during a training exercise in South Korea in early October, prompting a three-day search for the lost weapon, Task & Purpose has learned 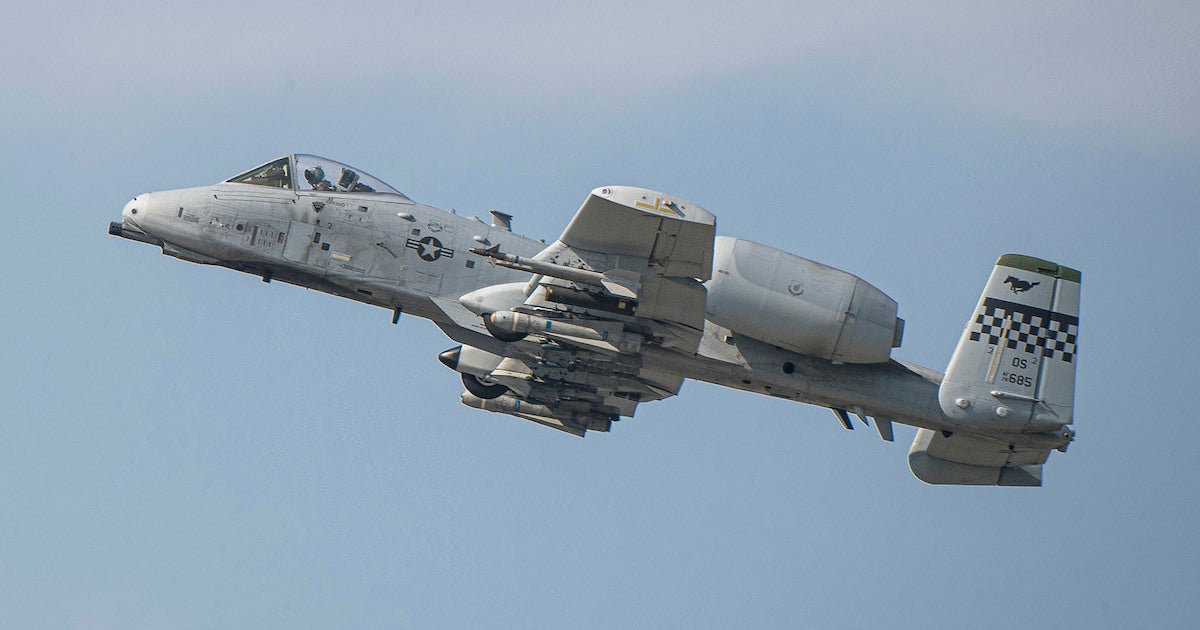 An A-10 Thunderbolt II accidentally fired off a non-explosive munition during a training exercise in South Korea in early October which prompted a three-day search for the lost weapon, Task & Purpose has learned.

The A-10, assigned to the 25th Fighter Squadron at Osan Air Base in the northwest part of the country, “inadvertently” released an “unguided non-explosive projectile” during a routine training flight over a “remote off-range area” on October 13, according to 51st Fighter Wing spokesman Lt. Daniel R. de La Fé.

The Republic of Korea’s Ministry of Defense was notified of the incident immediately, prompting a combined search and recovery team of 51st Fighter Wing and ROK military personnel to sweep the impact area from the air and ground, de La Fé said.

Both U.S. and ROK officials called off the search on October 16 after they determined that “based on the terrain at the projected location of impact, there was not a significant threat to anyone,” de La Fé said.

A safety investigation into the incident is currently ongoing, de La Fé said.

“While a safety stand-down was not initiated as a result of this isolated incident, leadership from the 51st [Fighter Wing] have implemented additional mitigation measures to reduce the likelihood of incidents like this occurring in the future,” he added.

One of two major airfields operated by the U.S. in Korea, and headquarters for the 7th Air Force, Osan Air Base is also the headquarters of the Republic of Korea Air Force (ROKAF) Operations Command and a critical hub for combat operations in the event of a conflict in the region.