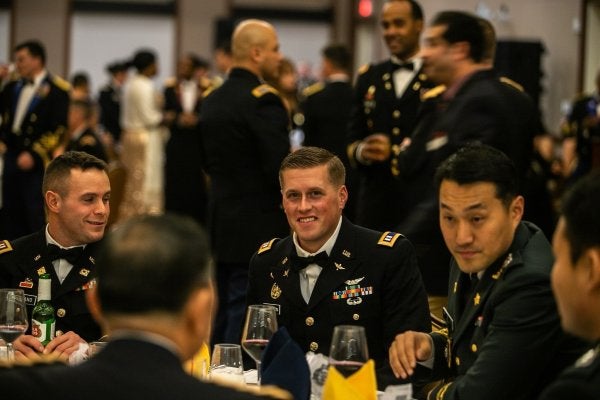 Troops in South Korea can expect late nights from here on out, because the U.S. Forces Korea commander says the curfew is officially over.

“After assessing the curfew data and consulting with USFK leaders including component commanders, I decided to end the curfew effective December 17,” Gen. Robert Abrams, USFK Commander, said in a press release. “The 180 day curfew suspension enabled leaders at all levels of the chain of command to recommend keeping the curfew, continuing the suspension, or ending the curfew. All recommended its termination.”

The curfew for more than 28,000 troops in South Korea was suspended in June for 90 days at Abrams' direction. That suspension was extended for another 90 days in September. As Stars and Stripes reported, the curfew — from 1-5 a.m. — was initially put into place after the attacks on 9/11.

Abrams emphasized that troops in Korea are “ambassadors of USFK, the United States and the US-RoK Alliance to the Korean people.

“We have a solemn responsibility to keep readiness at its highest levels with a “Fight Tonight” posture, approach and mentality,” Abrams said. “Our capability and capacity to remain ready at all times is non-negotiable.”