North Korean defectors in South Korea have been sending rice and anti-North Korea leaflets across the border. 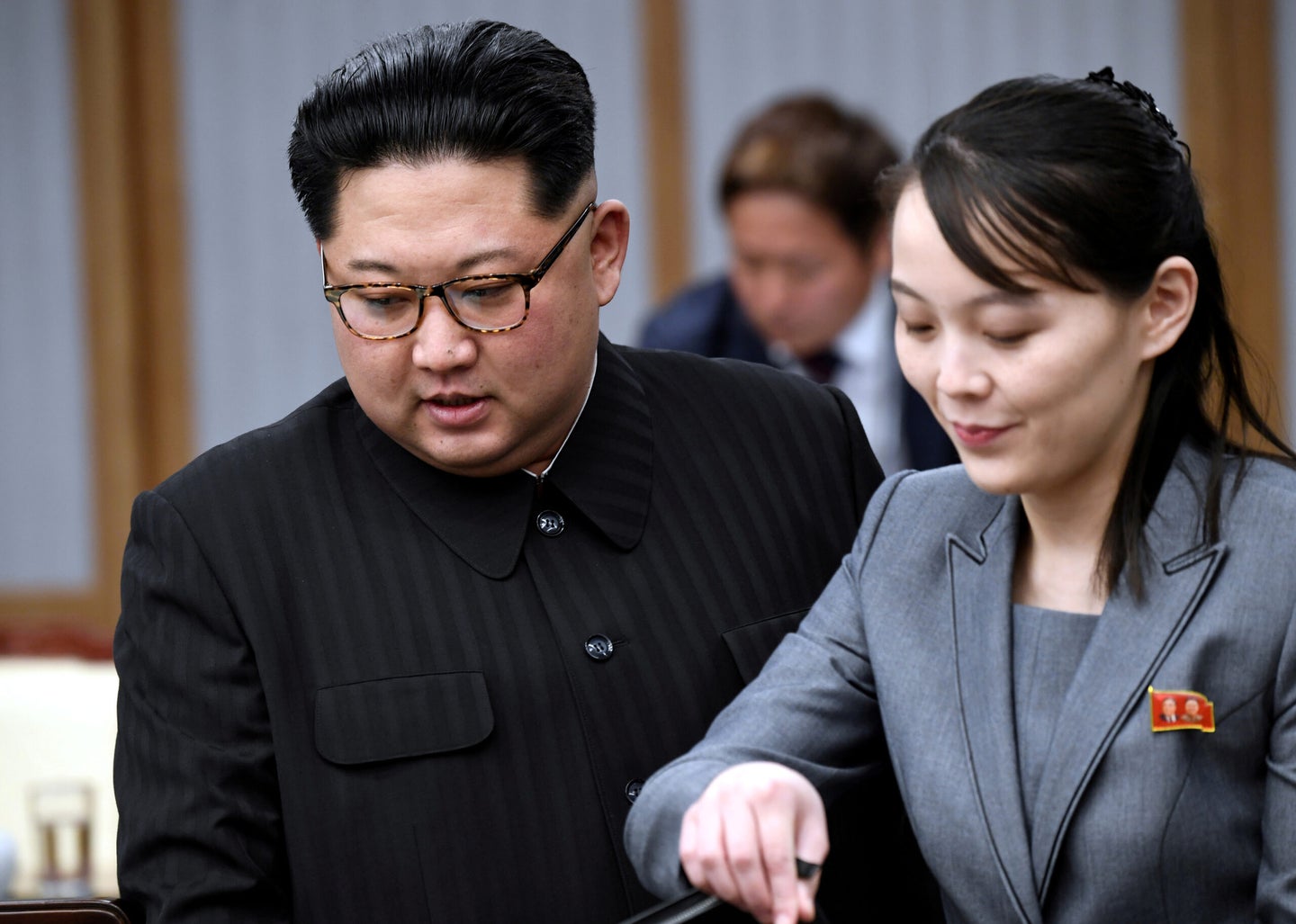 SEOUL (Reuters) – The sister of North Korea's leader has warned of retaliatory measures against South Korea that could involve the military, in the latest escalation of tensions over defectors from the North who have been sending back propaganda and food.

Kim Yo Jong, who serves unofficially as one of Kim Jong Un's top aides, issued the warning in a statement carried by state news agency KCNA on Saturday.

“By exercising my power authorized by the Supreme Leader, our Party and the state, I gave an instruction to the … department in charge of the affairs with (the) enemy to decisively carry out the next action,” Kim said.

Her statement, which did not say what the next action could be, came days after South Korea took legal action against defectors who have been sending material such as rice and anti-North leaflets, usually by balloon over the heavily fortified border or in bottles by sea.

North Korea said it has been angered by the defectors and in the past week severed inter-Korean hotlines and threatened to close a liaison office between the two governments.

As part of the effort to improve ties with the North, South Korean President Moon Jae-in's administration has sought to discourage the leaflet and rice campaigns, and defectors have complained of pressure to avoid criticism of North Korea.

On Sunday, South Korea’s National Security Council meeting was held with security and diplomatic chiefs in attendance, “to examine the current situation of the (Korean) peninsula,” the presidential Blue House said, without elaborating.

South Korea's Unification Ministry and Defence Ministry each released statements asking the North to honour inter-Korean agreements reached in the past.

“The South and the North should try to honour all inter-Korean agreements reached,” the Unification Ministry said in a statement.

The Defence Ministry said the military is ready to respond to “all situations,” and added it is closely monitoring moves by the North Korean military.

The escalation of tension comes a day ahead of the 20th anniversary of the first inter-Korean summit in 2000, which pledged increased dialogue and cooperation between the two states.

In 2018, the leaders of the two countries signed a declaration agreeing to work for the “complete denuclearisation of the Korean peninsula” and cease “hostile acts.”

“The leaflets are an excuse or justification to raise the ante, manufacture a crisis, and bully Seoul to get what it wants,” said Duyeon Kim, a senior advisor at the International Crisis Group, a Belgium-based independent non-profit organisation.

Pyongyang feels betrayed and misled by Seoul’s prediction that the United States would lift some sanctions in exchange for North Korea closing its nuclear reactor site, and is upset that leaflets and U.S.-South Korea military drills continue, Kim said.

“They’re upset that Seoul has done nothing to change the environment and is again telling Seoul to stay out of its nuclear talks with Washington,” she added.