The meeting focused on measures to "reliably contain the persistent big or small military threats from the hostile forces." 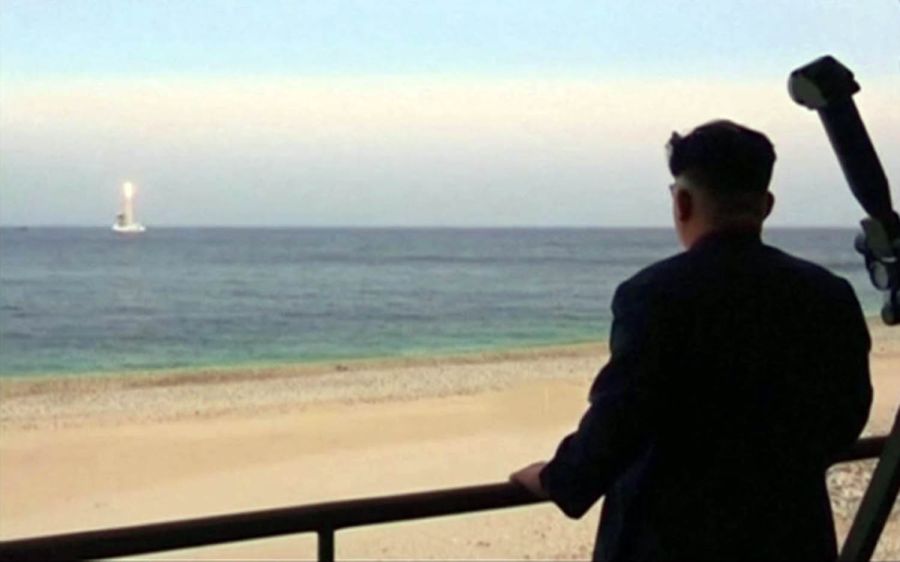 Ruling Workers' Party officials wore face masks to greet Kim as he entered the meeting of the party's powerful Central Military Commission, state television showed, but no one including Kim was seen wearing a mask during the meeting.

The meeting discussed “increasing the nuclear war deterrence of the country and putting the strategic armed forces on a high alert operation,” adopting “crucial measures for considerably increasing the firepower strike ability of the artillery pieces,” it said.

Kim has made an unusually small number of outings in the past two months, with his absence from a key anniversary prompting speculation about his condition, as Pyongyang has stepped up measures against the COVID-19 pandemic.

North Korea says it has no confirmed cases of the new coronavirus, but South Korea's intelligence agency has said it cannot rule out that the North has had an outbreak.

U.S.-led negotiations aimed at dismantling North Korea's nuclear and missile programmes have made little progress since late last year, especially after a global battle on the virus began.

The Chinese government's top diplomat, Wang Yi, expressed hope on Sunday that the United States and North Korea could resume meaningful dialogue as soon as possible, “and not squander away the hard-earned results of (previous) engagement.”

“The intention in Washington for pondering such a move may be to pressure Russia and China to improve arms-control commitments and enforcement,” Easley said. “But not only might this tack encourage more nuclear risk-taking by those countries, it could provide Pyongyang an excuse for its next provocation.”