A U.S. Air Force 1st lieutenant assigned to the 51st Fighter Wing at Osan Air Base was reprimanded in February for strangling a Korean national after a night of drinking, according to a recent discipline update 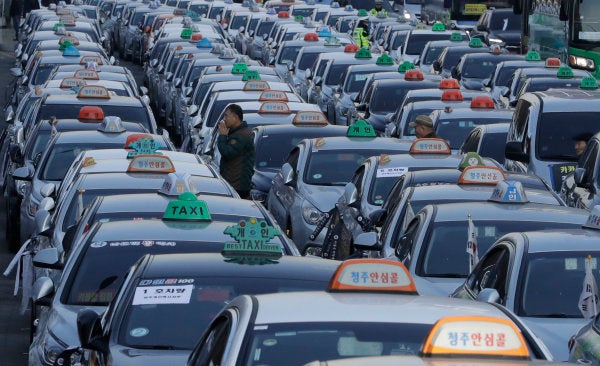 A U.S. Air Force 1st lieutenant assigned to the 51st Fighter Wing at Osan Air Base was reprimanded in February for strangling a Korean national after a night of drinking, according to a recent discipline update.

The lieutenant “grabbed a Korean National taxi driver's neck while riding in the taxi after 1 a.m., the curfew time for U.S. forces in Korea,” Capt. Rachel Salpietra, a 51FW spokeswoman, told Task & Purpose.

The driver declined to press criminal or civil charges and accepted a voluntary settlement from the service member, Salpietra said, adding that alcohol “appears to have been involved” in the incident.

The lieutenant was hit with an Article 15 punishment of 30 days restriction and an official reprimand, according to the February discipline update.

“Discipline of service members who engage in misconduct is taken very seriously,” Salpietra wrote in an email to Task & Purpose. “Every case is judged on its own merits, and decisions are made with a constant eye toward promoting justice, maintaining good order and discipline, and promoting the efficiency and effectiveness of the command.”

A senior airman found guilty of larceny for stealing a blanket was reduced in rank to an E-3 and forced to forfeit $1,116 in pay a month for two months.

Another senior airman found guilty of stealing a blanket and jacket was reduced in rank to an E-3 and slapped with 45 days restriction.

“The Uniform Code of Military Justice gives commanders discretion in disciplining members under their command and commanders impose discipline based on the specific facts of each case,” Salpietra told Task & Purpose. “For officers, the consequences of Article 15 can be more severe than those experienced by similarly-situated enlisted members.”

Other observers don't see the disparity as a clear case of “different spanks for different ranks.”

“What I'm going to take from this is if you get cold, strangle a Korean national,” wrote one Air Force amn/nco/snco reader, “but whatever you do, DON'T STEAL A EFFING BLANKET.”