He's awaiting trial, which is scheduled for June. 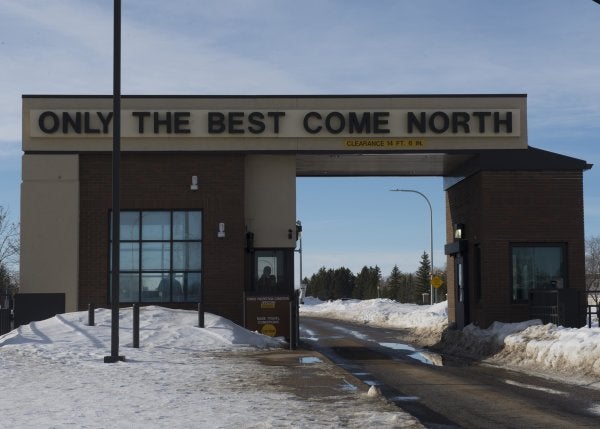 A former airman has been charged with receiving and distributing child pornography after investigators found more than 600 files of sexually explicit digital images and video in his possession, Justice and Defense Department officials told Task & Purpose.

After Dean was indicted on child pornography charges in September and released on bond, investigators found even more child pornography on his phone two months later, according to an Air Force Office of Special Investigations affidavit viewed by Task & Purpose.

Dean, who joined the service in Dec. 2016, came under suspicion in March 2018 when Detective Krista Mattice from the Minot, North Dakota Police Department received a cyber tip from the North Dakota Bureau of Criminal Investigations, informing her that Google had identified two files of potential child pornography found in an email account belonging to Dean, the affidavit said.

The files found were described in the affidavit as “A1” images, containing “sexually explicit conduct…masturbation, sadistic or masochistic abuse, degradation, or any such depiction that lacks serious literary, artistic, political, or scientific value of a prepubescent minor.”

At the time, Dean was an active-duty airman living on base at Minot Air Force Base. AFOSI agents seized electronic files from Dean in a search of his residence, and in a March 2018 interview, according to the documents, Dean told investigators he had a “passing” interest in pedophilia, which grew into sexual interest in young children. He told AFOSI that he “did not get aroused” by child pornography, but “had a large collection” of it, the affidavit said.

Fast-forward to June 2018, when Mattice informed AFOSI that she had received additional cyber-tips regarding Dean's social media accounts. In a search warrant executed a couple of weeks later, “extremely graphic and perverse” conversations on Facebook were found between Dean — who was using a profile under the name “Cynthia Qwaser” — and two other accounts. “Cynthia” was a name that Dean had used to create “many” Gmail accounts, the affidavit said.

In July, investigators say they were able to access the electronic media that was taken from Dean in March, which included more than 600 files of child pornography, as well as Instagram messages that he exchanged under a female identity with an account that was found to belong to a 12-year-old boy.

Dean was indicted in September, but allowed out on bond under the supervision of the U.S. Probation Office and restricted to Minot AFB, according to Van Horn.

But on December 4, 2018, the affidavit said AFOSI was informed by a Probation and Pretrial Service Officer that she “received several photographs from Dean's leadership” of “computer related items which appeared suspicious” in his on-base residence. Investigators subsequently found more pornographic videos on his phone, of which several “appeared to be cartoons which depicted children engaged in sexual activity.”

Dean was arrested the next day, Van Horn told Task & Purpose. He will remain in detention until his trial, scheduled for June 3, 2019.