An Air Force service member recognized in 2018 as an “Airman of the Year” has been indicted in Texas on... 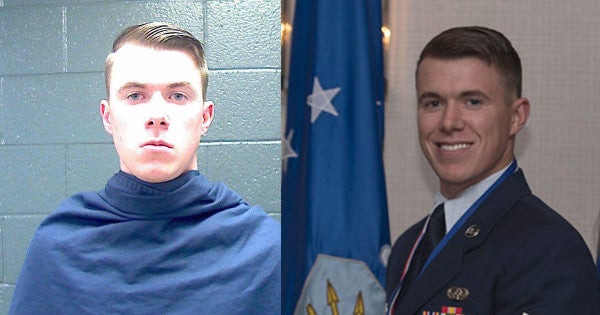 An Air Force service member recognized in 2018 as an “Airman of the Year” has been indicted in Texas on charges of sexual assault of a minor, according to local news reports and jail records.

Airman 1st Class Dylan Andrew Jack, 24, is accused of sexually assaulting a 14-year-old girl he met at a mall roughly six months ago, according to News Channel 6. The age of consent in Texas is 17.

Jack was indicted Dec. 4 in Wichita County, Texas on two counts of aggravated sexual assault, a first degree felony, according to the Wichita Falls Times Record News. He was arrested on Sep. 18 and is currently being held on $100,000 bond, jail records show.

John Ingle, a spokesman for Sheppard Air Force Base, told Task & Purpose that the Air Force Office of Special Investigations is “involved and cooperating fully” with local law enforcement, but declined to offer further details to protect due process and the integrity of the investigation.

“In all instances, we expect Airmen to uphold the highest standard of conduct and serve honorably, both on and off duty,” Ingle said. “Accountability is an essential part of good order and discipline if those high standards are not maintained.”

This article was updated with an official statement from the Air Force.